Following their loss at home to Real Madrid last week, Chelsea need to sort out a number of things should they want to have any chance of getting back into the tie.

Firstly, they cannot allow Karim Benzema to torment them like he was able to last week. His movement caused the Chelsea backline all sorts of bother.

With Romelu Lukaku not even in the squad, it is time for Chelsea to unleash the forgotten man Timo Werner. His pace and movement can combine well with the guile of Kai Havertz to cause Real Madrid plenty of issues.

Despite not trusting him defensively, manager Thomas Tuchel would be wise to call upon Marcos Alonso who can provide the European champions with an extra dimension going forward. 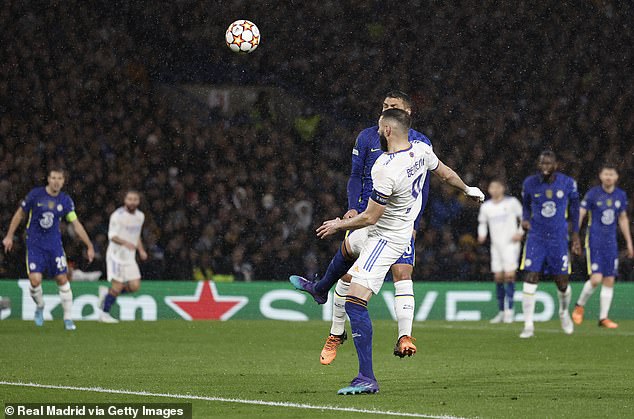 How to stop Benzema tormenting you

You don’t stay at Real Madrid for more than a decade unless you’re a first-class striker, and Karim Benzema is precisely that.

Chelsea didn’t stop him in the first leg and that was ultimately their demise. Now they can’t afford to let him torment them all over again.

It was Benzema’s second goal which impressed me most at Stamford Bridge — the initial movement followed by the finish, heading back across the goalkeeper to score. You can see as Luka Modric’s first-time cross is played, Benzema’s body shape is such that he is poised to move one way while Thiago Silva is facing the other.

It’s a small detail — something none of us will have noticed in real time — but so critical to how this goal was scored. The 34-year-old Frenchman isn’t the quickest but his movement is second to none.

He knew that ball was coming from Modric and was ready for it. Stopping that service will be essential. Silva was removed against Southampton after 63 minutes and that was with Real in mind. The 37-year-old Brazilian faces one hell of a challenge. I don’t envy him.

I hope Timo Werner got to take the goal-frame home with him from Southampton after securing the woodwork hat-trick — striking the left post, right post and crossbar.

Despite his desperately rotten luck, Werner still helped himself to two goals. Thomas Tuchel has sounded so negative about Chelsea’s chances of producing a Champions League comeback against Real Madrid at the Bernabeu, describing it as an ‘almost impossible’ task.

If that defeatist attitude is genuine and he does indeed think they’ve got nothing to lose, isn’t it worth throwing Werner into the mix? Why not?

Chelsea need goals, and though Werner hasn’t set the world alight since signing, he’s guaranteed to work his socks off. Romelu Lukaku hasn’t travelled to Madrid so Werner and Kai Havertz playing off one another could represent their best bet of striking early in this European encounter.

Of course Real won’t be as naive as Southampton were at St Mary’s Stadium. Ralph Hasenhuttl’s side played with a high line and Tuchel’s Chelsea gobbled that up. Carlo Ancelotti won’t be so generous. Real are a streetwise group. They’re wily and won’t be giving Chelsea any freebies.

Alonso can up the goal count

Chelsea kept 31 clean sheets in Tuchel’s first 50 games in charge. They were watertight earlier in the season but have struggled of late.

I have found it strange how much Marcos Alonso has fallen out of favour under his manager.

I like seeing him at left wing-back. He adds to their attacks, as shown at Southampton, but I’m not sure Tuchel trusts him defensively. 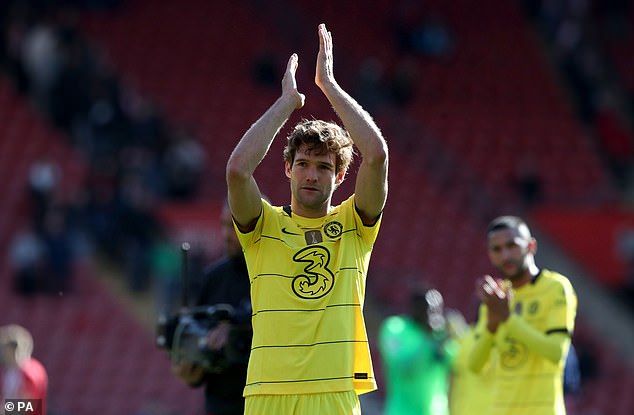 Cesar Azpilicueta is available for selection, having recovered from Covid, and he was used down that left flank in the first leg. But I wonder if Alonso would be more useful for this second leg.

He’s a natural lefty which gives Chelsea a better balance, especially given Tuchel’s habit of using right-footers over on that side, such as Antonio Rudiger and Christian Pulisic.

Besides, the bottom line tonight is Chelsea need goals, and Alonso helps give them that over Azpilicueta.