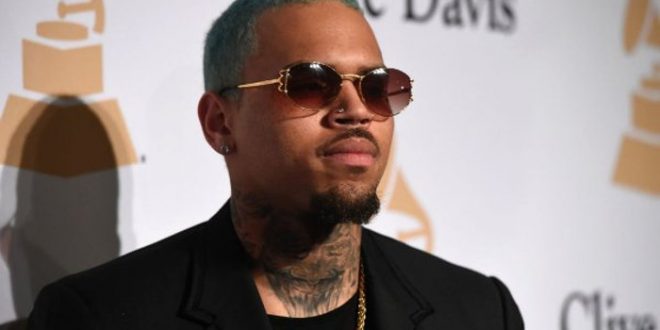 Chris Brown’s former housekeeper and her husband are suing the singer for damages over claims that Hades, his Caucasian Shepherd Ovcharka, attacked her.

According to TMZ, who obtained the court documents, the attack occurred while the former housekeeper, who was listed as Jane Doe in the suit, was taking out the garbage. It was at this time that the dog allegedly approached and attacked her, biting her flesh and leaving her bloody on the ground.

Originally reported by the housekeeper’s sister, Patricia Avila, who was also on the clock during the time of the attack, she ran outside and saw her sister screaming for help.

“The screams were so bad that it cause (Avila) to immediately run outside, where she found her sister covered in blood while she was screaming and crying for help,” read the separate lawsuit filed by Avila, as reported by The Blast.

In the new documents from Avila’s sister’s lawsuit, Brown reportedly called the police, but not before telling his team to grab the dogs and leave before the police came. Avila’s sister then claims that Brown was misleading when the police asked what happened leading to the dog attack.

The dogs were gone once the police arrived, and it was later discovered that Hades was allegedly euthanized weeks later by the Humboldt County Sheriff’s Office Animal Shelter. She questions how the dog got to Humbodlt in the first place since it’s several miles away from Chris’ home.

The housekeeper says the injuries sustained from the attack were also permanent, even after surgery.
Share

Charles Igbinidu is a Public Relations practitioner in Lagos, Nigeria
@https://twitter.com/ionigeria
Previous Bill Cosby wants to do a comedy tour again, do docuseries –
Next NYSC Controversy: Court rules former Finance Minster Kemi Adeosun was not a Nigerian when she graduated