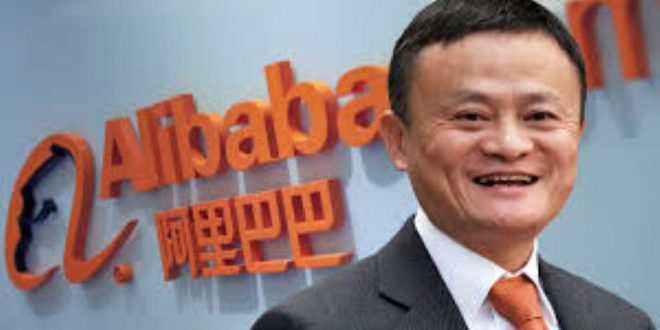 Chinese e-commerce firm Alibaba has fired a woman who accused her boss and a client of sexually assaulting her.

The dismissal letter said she had spread falsehoods that had damaged the company’s reputation.

The employee went public with her allegations in August because she said Alibaba had failed to take action. She says she was sexually assaulted on a business trip.

Her boss was then sacked, but a criminal case against him was dropped.

The client is still thought to be under police investigation.

The well-publicised case has highlighted the harassment faced by women in the workplace in China.

The employee told government-backed newspaper Dahe Daily that she was fired late last month. It published a copy of what she said was her termination letter.

The letter said she had spread false information about the assault and about the company not handling the case.

It added this “caused strong social concern and had a bad impact on the company”.

The employee was quoted as saying: “I have not made any mistakes, and certainly will not accept this result, and in the future will use legal means to protect my rights and interests.”

The woman’s lawyer confirmed her dismissal to the New York Times.

Alibaba, China’s largest e-commerce firm, has not yet commented on her dismissal.

What are the allegations?

The woman’s account of the incident was published in an eleven-page document, in which she said the manager raped her in a hotel room while she was unconscious after a “drunken night”.

The woman alleged that the manager coerced her into travelling to the city of Jinan, which is around 900km (560 miles) from Alibaba’s head office in Hangzhou, for a meeting with a client.

She accused her superiors of ordering her to drink alcohol with co-workers during dinner.

She said that on the evening of 27 July the client kissed her. She then recalls waking up in her hotel room the next day without her clothes on and with no memory of the night before.

The woman said she obtained surveillance camera footage that showed the manager had gone into her room four times during the evening.

After returning to Hangzhou, the woman said the incident was reported to Alibaba’s human resources (HR) department and senior management and that she had requested the manager be fired.

She said that human resources initially agreed to the request but took no further action.

What has the response been?

A memo was issued saying Alibaba was “staunchly opposed to forced drinking culture”.

Alibaba had earlier said the man accused of rape had admitted that “there were intimate acts” while the woman was “inebriated”.

Although Mr. Wang’s case will not progress, prosecutors of the court have approved the arrest of the client who allegedly assaulted the victim. He has been identified by his surname Zhang.

Mr. Zhang has also reportedly been fired by his company.

The case has divided opinion online. Some social media users posted that the co-worker got away too lightly while others say there wasn’t enough evidence against him.

This latest development is likely to spark similar debates in China, which is grappling with its #MeToo movement.