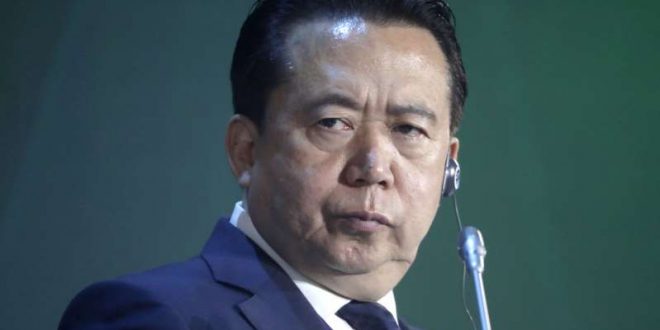 BEIJING, Jan 21 (Reuters) – A court in China on Tuesday jailed former Interpol chief Meng Hongwei for 13-1/2 years and fined him 2 million yuan ($290,000) for receiving bribes and abuse of official positions.

Interpol, the global police coordination agency based in France, said late in 2018 that Meng had resigned as its president, days after his wife reported him missing following a trip to his home country of China.

Meng, who admitted his guilt in July last year, told the court in the northern city of Tianjin he would not appeal against the judgment, it said in a statement online.

The court said Meng took more than 14.46 million yuan worth of assets in bribes and abused his former positions in the public security ministry and the coast guard between 2005 and 2017. ($1=6.9021 Chinese yuan renminbi) (Reporting by Gabriel Crossley; Editing by Clarence Fernandez)

Charles Igbinidu is a Public Relations practitioner in Lagos, Nigeria
@https://twitter.com/ionigeria
Previous 10 years old ISWAP Soldier executes a Christian in Borno State
Next Surgeons give Girl, 15, who looked like she was 60 a new face