Home / News / Chinese arraigned for attempting to smuggle $.3m out of Nigeria 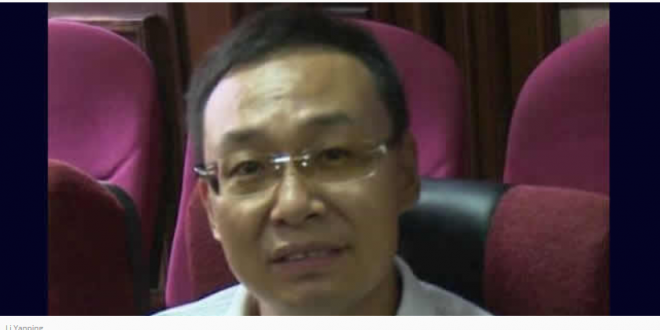 Chinese arraigned for attempting to smuggle $.3m out of Nigeria

The Economic and Financial Crimes Commission has arraigned a Chinese national, Li Yanping, before Justice Babatunde Quadri of a Federal High Court, Abuja, for allegedly concealing the sum of $300,000 (N108m) while attempting to board a flight to Dubai.

The EFCC said in a statement that Yanping failed to inform the officers of the Nigerian Customs Service as required by Section 2 (3) of the Money Laundering (Prohibition) Act, 2011 (as amended by Act No. 1 of 2012).

The accused person was arrested by the Presidential Task Force on Trans Border Cash Movement on March 15, 2018 for failure to disclose the said sum while attempting to board an Emirate flight, EK 8786 en route Dubai and handed over to the EFCC for further investigation and possible prosecution.

The defendant pleaded not guilty to the charge.

Following his plea, counsel for the EFCC, Ene Emonye, asked the court to fix a date for trial and to remand the defendant in EFCC custody pending trial.

On the other hand, Yanping’s counsel, Chinedu Eze, told the court that he had a pending bail application praying the court to admit the defendant to bail.

However, Justice Quadri granted the accused person bail in the sum of N10m with two sureties in like sum.

The sureties must not be below salary GL12 in any of the federal ministries or parastatals and must have traceable addresses. The sureties must comply with a bail bond accompanied with their international passport.

“The defendant is to be remanded in the custody of the EFCC until the perfection of his bail conditions”, the judge added.

The case has been adjourned till April 17, 2018 for hearing.

Previous Woman Hands Over Her Grandson To Police For Stealing
Next We Won’t Stop Talking About Corruption Under Jonathan – Osinbajo, Tinubu