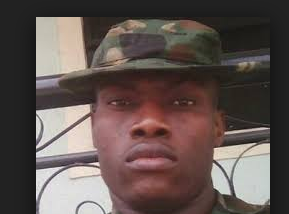 According to an eyewitness , the family of the Naval officer and that of the deceased had been in a protracted battle over who should be the next Baale of the community.

The naval officer who was recently deployed from Port Harcourt to Lagos, on the day of the incident, went to have drinks with his friend at a bar and got drunk. He had an argument with the son of the deceased, Quadri who ran to call his mother who grabbed the Naval rating on the chest. The drunk naval rating took his knife and stabbed the woman at her back.

The victim had excessive blood loss and was rushed to the Alimosho General Hospital, Igando where she died. Yusuf was arrested by police operatives attached to Ilemba Hausa Division on Saturday and transferred to the SCIID on the instructions of the state Commissioner of Police, Mr. Imohimi Edgal who got wind of the matter after it was reported by the one Mr. Musbau Rasak, an aide to the Speaker of the state House of Assembly, Mudashiru Obasa. The deceased was his sister.

“The naval rating, who was recently deployed from Port Harcourt to Lagos, arrived the village in company with a friend, armed with a knife. On arrival at the village, the suspect bought some drinks and got himself drunk before embarking on the murderous act. The fight actually started between the suspect and son of the deceased woman, named Quadri. All of a sudden, we heard noise between him and Quadri. Quadri now ran into their house to inform his mother about the scuffle. The mother rushed out and grabbed hold of the naval rating. The suspect suddenly brought out his dagger and stabbed her at the back. She started bleeding profusely. When efforts to stop the blood failed, sympathisers rushed her to the Igando General Hospital, where she eventually died.”the eyewitness said

The Chief Press Secretary (CPS) to the Speaker of Lagos State House of Assembly, Rasak, mourned the deceased on his Facebook wall.

“Taibat Akanke, my blood, my immediate younger sister, omo Iya Ajara sun ree oo. You were cut down in your prime. The one who killed you, who condemned you to a painful, brutal death will have justice of Almighty Allah visited on him.” he wrote

Previous Shocking!!! 22-Yr-Old Man Beats Mum To Death Over Love Affair With His Aunt
Next World Cup Russia 2018: FG Increases Super Eagles’ Bonus To $5000 To Spur Them To Victory 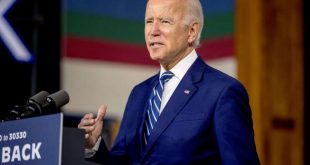