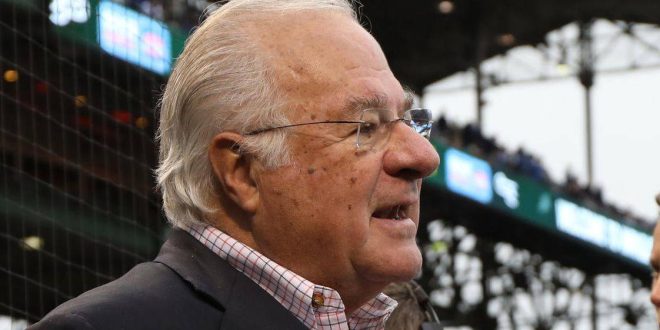 THE Ricketts family, owners of the Chicago Cubs, are reportedly interested in taking over Liverpool.

Fenway Sports Group put the Reds up for sale on Monday morning, shocking fans by exploring the possibility of leaving Merseyside after 12 years at the helm.

And, according to The Times, the Ricketts family have expressed an interest in the Premier League outfit.

Joe Ricketts founded the brokerage firm TD Ameritrade in 1975 and the family are now thought to be worth around £3.2billion.

Joe’s son, Thomas, is the current Chicago Cubs chairman and has been ever since they bought the baseball team for £785million in 2009.

He shares ownership of the club alongside sister Laura and brothers Pete and Todd.

They celebrated the Cubs winning the World Series back in 2016.

The Ricketts family were in the frame to buy Chelsea from Roman Abramovich earlier this year – before Todd Boehly eventually purchased the club.

But the Americans fell out of contention before the Boehly deal was completed following a racism row.

As revealed by Splinter, leaked emails showed 81-year-old Joe writing: “Christians and Jews can have a mutual respect for each other to create a civil society.

“As you know, Islam cannot do that. Therefore we cannot ever let Islam become a large part of our society.

“Muslims are naturally my (our) enemy due to their deep antagonism and bias against non-Muslims.”

Ricketts also says in an exchange with son Pete, a serving politician, that he believes Islam “is a cult and not a religion”.

He went on to say the religion of Islam is “Based on ‘kill the infidel’ a thing of evil”.

The Ricketts family did make it through to the next round of bidding despite the leaked emails.

But Chelsea fans then protested the Ricketts potential takeover outside Stamford Bridge before their clash with Brentford in April.

They subsequently missed out on purchasing the club, but could now return to English football to try and agree a deal for Liverpool.