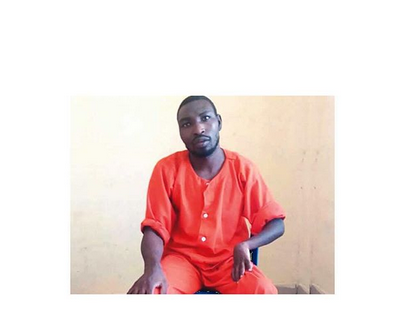 A Federal High Court has sentenced one of the abductors of Chibok school girls to 15 years in prison.
He was among the 20 Boko Haram terrorists who were jailed yesterday to serve various prison terms.

Haruna Yahaya, 35, a physically challenged person, was found guilty of taking part in the abduction of over 200 girls from Government Girls Secondary School, Chibok, Borno State in April, 2014.

The closed trial is taking place at Wawa Catonment, Kainji, Niger State. Yahaya, a former trader from Potiskum, Yobe State had pleaded for mercy, claiming he was conscripted into the terrorist sect.

Earlier, defence counsel, Matthew Egege asked the court to discharge Yahaya, pleading that his testimony is pathetic. He argued that as a conscript he could have been killed if he had refused the sect’s orders.

But the judge said he could not use his physical condition to win sympathy, adding that he had a choice not to participate in the Boko Haram activities even though he was forced. He was charged under the Terrorism Prevention Act, 2011.

The court ruled that Haruna Yahaya will serve the term in any prison facility, to be determined by the Comptroller General of the Nigerian Prisons Service. The other 19 convicts were sentenced to between three and five years from date of their arrest.