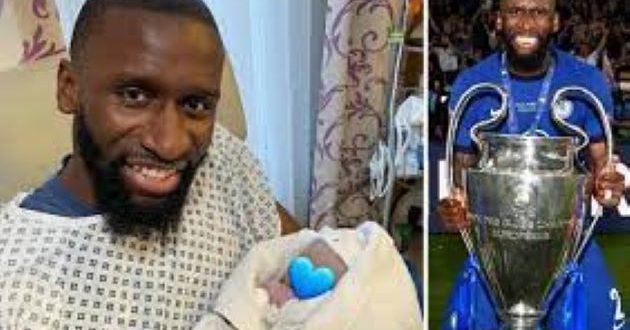 ANTONIO RUDIGER capped a fantastic week on and off the pitch by welcoming the birth of his second child.

On Wednesday night, the proud father posted a snap of himself in the hospital with his newborn.

He tweeted: “Alhamdulillah for everything – God always has a better plan than we do!!!

Fans and pals were among the first to congratulate Rudiger and his family.

Michy Batshuayi replied ‘congrats brother!’ while the Chelsea Twitter account wrote: “Congratulations to you and your family, Toni!”

Cesc Fabregas commented ‘Congrats my man. God bless you all’ and former Roma team-mate Radja Nainggolan added: “So happy for you bro❤️❤️.”

Marco van Ginkel, Daniele De Rossi, Kevin-Prince Boateng and Mahmoud Dahoud were among those to also send in their best wishes.

The German does not tend to reveal much about his private life on social media but did welcome the birth of his first child early last year.