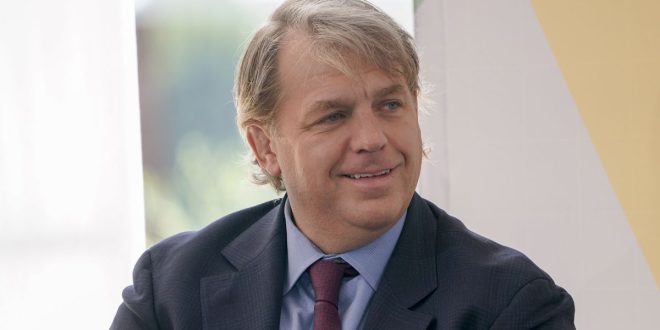 Chelsea are set to lose their tag as the most expensive sports team in history with NFL side Denver Broncos close to being sold.

A consortium led by US businessman Todd Boehly completed a takeover of the Blues in May, worth a whopping £4.25billion. The new owners paid £2.5bn to take over the Premier League club and have committing to investing a further £1.75bn into its infrastructure.

That deal makes Chelsea the most expensive sports team in history, although they are set to lose that impressive tag imminently. The Broncos are expected to be purchased by Rob Walton – a heir to the Walmart fortune – for an eyewatering $4.5bn (around £3.6bn).

As reported by Forbes, Walton, 77, is set to win the bidding for the NFL franchise. The bid is supported by his daughter Carrie and her husband Greg Penner. The Walton family are the richest family in America, with Rob reportedly worth $59.1bn (around £47.1bn).

The Broncos are one of the most successful NFL teams in history, winning three of their eight Super Bowl appearances. They’ve also reached the play-offs 22 times, although they haven’t challenged for the Super Bowl since their most recent triumph in 2015.

Boehly had shown an initial interest in buying the Broncos and was moved into a second phase along with four other parties in late April, according to sources close to the process, but it did not progress into more serious consideration as it ran in conjunction with the bid to buy the Premier League club.

Josh Harris, the Crystal Palace part-owner who was also part of one of three finalists to take over at Stamford Bridge, was also among the five to have been linked with taking control of the NFL franchise.

Chelsea, meanwhile, will be hoping to maintain their success following Boehly’s takeover in May. The Blues have won the Champions League, UEFA Super Cup and Club World Cup since Thomas Tuchel was appointed manager in January 2021. They’ve also reached the finals of the FA Cup and EFL Cup, losing both games on penalties to Liverpool.

Chelsea were put up for sale in March when ex-owner Roman Abramovich was sanctioned for having ties with Vladimir Putin, something he denies. Putin’s Russia invaded Ukraine in February and a devastating war in eastern Europe has raged since.

The sanctions meant the Blues could not operate to their full capacity, as the UK government gave them a special license to operate. They were unable to agree new contracts with players and had their revenue streams capped to stop Abramovich from profiting.

Those sanctions no longer have an impact on Chelsea and Boehly’s consortium have promised to invest in the club. “We’re all in – 100 per cent – every minute of every match,” said Boehly when the takeover was completed.

“Our vision as owners is clear: We want to make the fans proud. Along with our commitment to developing the youth squad and acquiring the best talent, our plan of action is to invest in the club for the long-term and build on Chelsea’s remarkable history of success.”