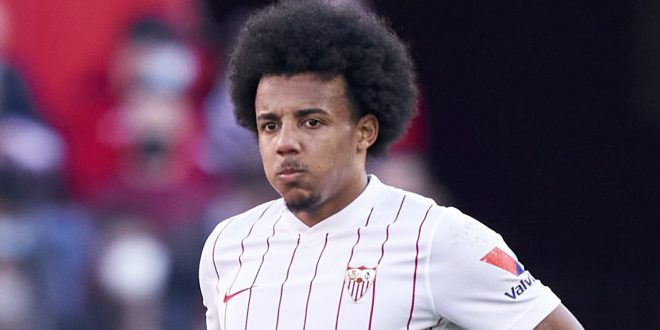 THOMAS TUCHEL is about to end his seven-month pursuit of Jules Kounde and clinch a hat-trick of deals in a stunning week for Chelsea.

The defender is finally on his way from Spanish side Sevilla and due to undergo a medical within the next 48 hours.

The France centre-half has already spoken to Chelsea boss Thomas Tuchel and even hopes to join his new club for the last few days of their US tour.

Kounde has settled personal terms and Chelsea have agreed to pay Sevilla’s asking price of £51million plus £4m in add-ons.

He will join fellow new boys Kalidou Koulibaly (£34m and Raheem Sterling (£47.5m) as the latest of the new stellar additions to Tuchel’s squad.

Tuchel first swooped for Kounde during the January transfer window but talks broke down due to haggling over the price.

Sevilla were demanding the full amount of the release clause.

Kounde then aggravated an old pelvic injury while playing in the Nations League in June and underwent minor surgery – putting the sale at risk.

Chelsea looked at alternatives, with Manchester City’s Nathan Ake on their radar, while Spanish giants Barcelona tried to muscle in and hijack proceedings.