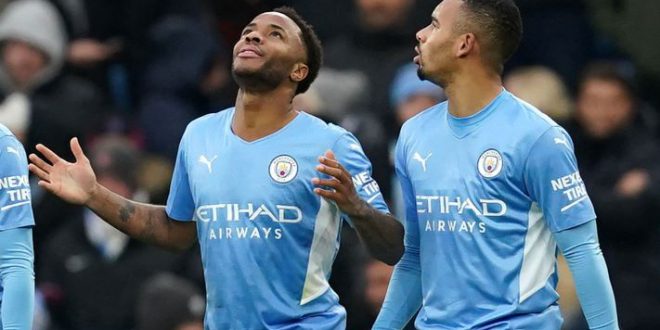 The Blues agreed a deal with the reigning Premier League champions last week and will pay up to £50m including add-ons for the winger’s services. He underwent a medical in London over the weekend and has committed to a lucrative five-year contract at Stamford Bridge, with the option for an extra year, and is becoming one of the highest-paid players in the Premier League.

The England winger becomes Chelsea’s first signing of the summer transfer window and the first of the Todd Boehly era after the American completed his protracted takeover of the club earlier this summer. He flew out to the US this week to join his new teammates for their pre-season tour.

Speaking about making a move to west London, Sterling said: “First and foremost, it’s a pleasure to be here.

‘”’ve obviously achieved a lot in my career so far, but there is still so much more to achieve and I’m really looking forward to doing that in a Chelsea shirt, under Thomas’s management.

“London is my home and where it all started for me, and it’s amazing I now have the opportunity to play in front of friends and family week in, week out at Stamford Bridge. I’m really looking forward to meeting the fans there soon.

“I do want to take the opportunity to thank Todd, Behdad, the ownership group, Thomas, and all involved in the process of getting me here.

“I can’t wait to get going now and continue to do my talking on the pitch.”

New Blues owner Todd Boehley added: ‘”Raheem Sterling is a serial winner and his signing is an important step in strengthening our squad. We are delighted for Raheem to return to London with Chelsea, and we look forward to seeing his world-class talent on display at Stamford Bridge.”

Sterling switches to Chelsea following a hugely successful seven-year stint with former club Man City. Arriving from Liverpool back in 2015, he has gone on to make 337 appearances for the club, scoring 131 goals.

He has also played a key role in a number of standout seasons having lifted four Premier League titles, the FA Cup and five League Cups over his stint at the Etihad Stadium.

It is somewhat of a surprise to see City allow the Englishman leave the club, especially considering the huge role that the 27-year-old has played in the side over the last few seasons. However, with just one year remaining on his current contract and no sign over fresh terms being agreed, the Sky Blues have elected to cash-in whilst they can still secure a significant amount for his services.

Charles Igbinidu is a Public Relations practitioner in Lagos, Nigeria
@https://twitter.com/ionigeria
Previous Sri Lanka’s President Gotabaya Rajapaksa flees the country on military jet
Next Ukraine says it killed a Russian general with long-range rocket systems donated by the US