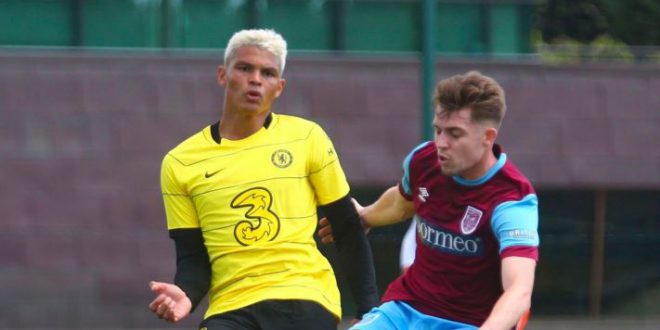 Chelsea got their Premier League campaign off to the perfect start on Saturday – but hours later Thomas Tuchel was back on the training ground for a secret friendly.

Tuchel’s side, featuring a number of first-team stars, took on Weymouth as the English National League club made the finishing touches to their own pre-season.

And the quality of European Champions shone through as the Blues romped to an emphatic 13-0 victory at their state-of-the-art Cobham training ground.

The fixture served as the perfect opportunity for players not involved in the 3-0 victory over Crystal Palace at Stamford Bridge to get valuable game time.

Chelsea players are at differing levels of match fitness with stars returning after breaks following the European Championship and Copa America.

Tuchel guided Chelsea to a 3-0 victory over Crystal Palace in the Premier League opener ( Image: Twitter@siphillipssport)

And it was a star-studded line-up who took part in the behind-closed-doors friendly as they ran riot with goals galore on Sunday lunchtime.

Blues fans were following updates from the game on Weymouth’s official Twitter account, but the identities of the goalscorers have not been revealed due to an agreement between the two sides.

But it was confirmed that the Premier League side led 8-0 at the break, before pummelling a further five goals in the second period.

The strength of those involved at Cobham highlighted the depth Tuchel boasts in his large squad at Stamford Bridge.

Tuchel’s men made the ideal start to their Premier League campaign with a dominant victory over Patrick Vieira’s Eagles in front of a packed-out Stamford Bridge.

Marcos Alonso, Christian Pulisic and Trevoh Chalobah scored the goals, while the likes of Hakim Ziyech and N’Golo Kante were missing through injury.

But Sunday’s friendly was very much a training exercise for the Blues, while it was an opportunity of a lifetime for Weymouth to test themselves against established international stars.

Weymouth boss Brian Stock said before the fixture that his side were not coming into the game to defend.

“What I don’t want to be is the team that just sits back and tries to keep the score down,” he told the Dorset Echo pre-match.

“This isn’t about winning a game of football. This is about preparing for the week ahead.

“If we understand we can get a high level of fitness chasing the ball, if I’m being honest, given the quality we’re up against, it’s going to be a great test for the players.”

Charles Igbinidu is a Public Relations practitioner in Lagos, Nigeria
@https://twitter.com/ionigeria
Previous ‘I Don’t Want To Be President’, Sanusi Unveils Plan to be a University lecturer
Next Taliban reign of terror begins as fighters go door to door in Kabul with ‘kill list’ as women face torture & execution