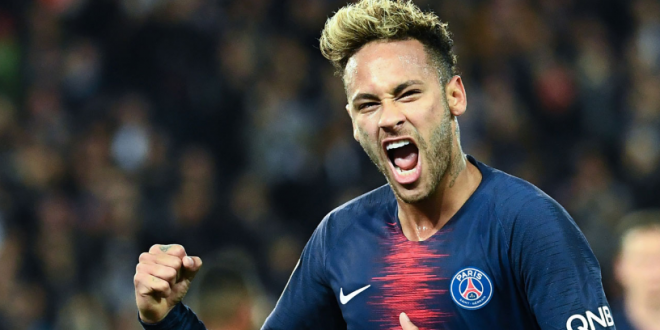 That’s according to bookmakers Sky Bet, who’ve priced Thomas Tuchel’s side at 7/1 to clinch his signature this summer.

Neymar’s future has made headlines this week after claims that Paris Saint-Germain are open to selling.

Goal claim the 30-year-old’s attitude and recent form are under scrutiny from those in charge at the Parc des Princes.

And add that his relationship with Kylian Mbappe, who holds significant sway in the club’s transfer policy, has cooled in recent years.

Both Neymar and Lionel Messi were booed off the field following their embarrassing Champions League collapse against eventual winners, Real Madrid.

And his departure could prove a good tonic ahead of the imminent arrival of new manager Christophe Galtier.

Who are favourites if he does leave?

Sky Bet have Premier League heavyweights Chelsea (7/1) at the front of the queue.

The Blues have made a striker their top priority in the transfer market having offloaded Romelu Lukaku to Inter Milan on a season-long loan.

Barcelona, Newcastle and Real Madrid are next, all locked together at 14/1.

Manchester City and Manchester United follow next at 16/1, with Bayern Munich available at 20/1.

A move to Merseyside with Liverpool is offered at 22/1 while Antonio Conte’s Tottenham are outsiders of the chasing pack at 40s.

Charles Igbinidu is a Public Relations practitioner in Lagos, Nigeria
@https://twitter.com/ionigeria
Previous Senator Ekweremadu and wife to appear in court today for ‘trying to bring a child into the UK to harvest their organs’  
Next Romelu Lukaku is latest victim of Chelsea’s curse of No9 shirt after Higuain, Morata and Torres, but who will be next?