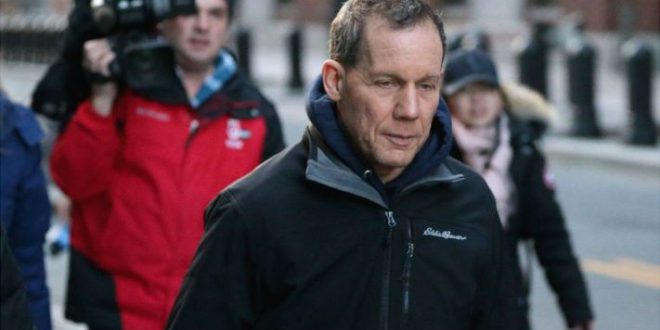 A Harvard University professor was convicted on Tuesday of U.S. charges that he lied about his ties to a China-run recruitment program in a closely-watched case stemming from a crackdown on Chinese influence within U.S. research.

Charles Lieber was found guilty of making false statements to authorities, filing false tax returns and failing to report a Chinese bank account. His sentencing date is yet to be decided.

The 62-year-old was charged in 2020 as part of a US campaign to counter economic espionage from China.

However, some critics say this campaign harms academic research.

Prosecutors in Boston said Lieber knowingly hid his involvement in China’s “Thousand Talents Plan”, which aims to attract foreign research specialists. It has been flagged by the US as a security concern in the past.

Lieber, a former head of Harvard’s department of chemistry and chemical biology, had in 2011 joined China’s Wuhan University of Technology as a scientist.

The filings say he was also given more than $1.5m to establish a research lab at the university and, in return, was expected to work for the university, applying for patents and publishing articles in its name.

Participation in the programme is not a crime. However prosecutors said Lieber had lied to authorities about his participation, his affiliation with the university in Wuhan, and failed to declare income earned in China.

He had previously been awarded $15m in grants from the US National Institute of Health and the US Department of Defence.

Recipients of these grants have to disclose any conflicts of interest, including financial support from foreign governments or organisations.

Lieber’s defence team said prosecutors lacked proof of the charges, saying they were unable to show that Lieber had acted knowingly, intentionally, or wilfully, or that he made any material false statement.

Lieber, who has been diagnosed with cancer, had pleaded not guilty.

According to the Harvard Crimson, the maximum sentence for the conviction is 26 years in jail and $1.2m in fines.

The case is among the highest profile to come from what the US Department of Justice’s calls the “China Initiative”.

The programme, launched in 2018 during President Donald Trump’s administration, aimed to curb theft of research and critical economic US intelligence by China.

However. some have criticised the programme, saying it threatens academic research, disproportionately targets Chinese researchers and undermines the US’ competitiveness in research and technology.