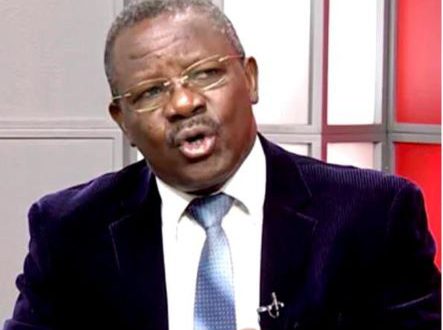 A senior intelligence officer with the Defence Intelligence Agency (DIA) has reportedly said that retired Navy Commodore Kunle Olawunmi was never declared wanted for an interview he granted on alleged Islamization plot and Boko Haram sponsors in government.

The spokesperson of the Defence headquarters also said that Olawunmi was only invited to shed more light on information he provided on Channels television on tackling terrorism.

The senior DIA officer who pleaded anonymity told PRNigeria that since the television interview, some senior retired and serving military officers have raised concerns over the comments of Olawunmi.

“The DIA had no intention whatsoever to invite him until when other retired senior and serving officers, especially of the intelligence corps advised that he could assist the security service with vital information for counter-terrorism.

“The invitation was not even formal. It was a phone call by an officer that he knows. We have no reason whatsoever to declare him wanted when he knows how the system operates.”

Speaking with PRNigeria in the same vein, the Director Defence Information (DDI), Major General Benjamin Sawyerr confirmed that the informal invitation was harmless.

Sawyerr said: “As a result of the information coming from intelligence circle, an officer in DIA invited retired Commodore Olawunmi to come over so that he can help with information that can assist in the fight against insurgency and terrorism. The DIA officer asked him to come on Tuesday so that he can even meet with the Chief of Defence Intelligence (CDI), Major General Samuel Adebayo. That was all.

“There was no letter or any formal invitation. It was an informal phone call. He just switched off his phone and started calling some media houses that he had been declared wanted.

“You are aware that the Chief of Defence Staff, General Lucky Irabor has been going on tours of geopolitical zones to meet with retired military officers to come up with information and ideas on how to tackle the myriad of security challenges in the country

“While we can not blame Commodore Olawunmi for not attending the South-west zone of the interactive sessions with the retired officer, he went on air in the public domain through a television channel with what he himself portrayed as sensitive classified information.

“If the military wanted to arrest somebody, it is the military police that do that. They wont even send any signal before one could be picked up…. He could have been arrested the day or days after he made the broadcast since the system have what it takes to arrest anyone on its radar. He was not declared wanted and there isn’t any reason for his arrest as it is now,” General Swayer concluded.

Many Nigerians have expressed worries and concerns over comments and outbursts of Commodore Olakunle Olawunmi Rtd) on Channels TV.