Celebration As 60-Yr-Old Woman Marries For The First Time

A Kenyan woman became a bride for the first time at the age of 60.

Mr Ayub Mugo Waitara, who is a grandfather, lost his wife and said he had been lonely for the past 10 years, until he met Ms Njoki.

Friends and relatives of the bride and the bridegroom were at church to witness as the two lovebirds exchange vows on Sunday.

Speaking on how they met, Mr Waitara said:

In 2017 while on a private business in Thika town, I saw a woman who appeared very special to me, a strong feeling of love hit me and I decided to follow her.

I stopped and asked her out for tea which she obliged. While at the restaurant, we exchanged phone numbers and an intimate conversation followed a few days later.

I knew she would fall in love with me because I kept on praying for her.

Mr Waitara said that after falling in love with his bride, he called all his five children and informed them about his new love. He said that his children promised to stand by him during and after the wedding.

Mr Waitara said he decided to marry to kill boredom and loneliness which, he said, had affected him since the death of his first wife.

Old widowers and widows are at the risk of dying of loneliness and stress and I advise them to marry.

Ms Njoki said that at first, she resisted Mr Waitara’s marriage proposal, but she could hear a voice compelling her to accept the proposal.

I feel so happy; I had kept telling God to reveal to me the man he created for me. Despite old age, I have met him, I love him so much.

The couple says they have no intentions of having kids.

“We are happy to have a mother and a brother; we shall live happily as one big family,” he said. 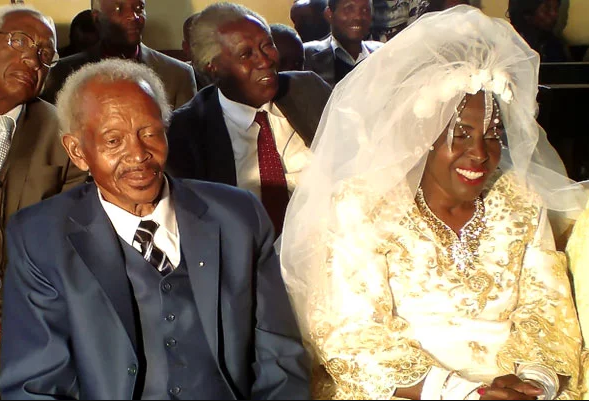