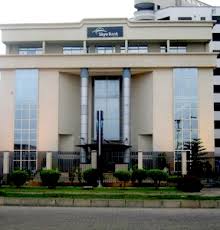 Nigeria’s central bank has extended guarantees to Skye Bank for another year while it considers the bank’s recapitalisation proposal, the mid-tier lender said in a statement.

The central bank shored up the Skye last year with a 100 billion naira ($328 million) capital injection, after sacking its top management for failing to meet minimum capital requirements. It then appointed a new management team.

The bank said it had recovered 60 billion naira in bad loans, closed some branches and sold four subsidiaries to boost capital in the past year.

Skye’s problems started after it used short-term funds to buy local lender Mainstreet Bank in 2014 but failed to raise fresh cash. It was in talks with shareholders and investors last year to raise 30 billion naira but suspended the plans when weak oil prices hit capital markets and drove foreign investors away.

“The bank continues to require assistance from central bank and government as it repairs the damage inflicted on the institution in the past and charts a sustainable path forward for the bank,” Skye bank said in a statement.

It said it had reached restructuring agreements with many of the chronic bad debtors resulting in improved payments and prospects of future recoveries, it said in a statement.

Skye shares rose more than 3 percent on Tuesday and were up 16 percent this year, after last year’s 68 percent plunge.

The bank, which posted a pre-tax loss in 2015, said it had submitted its 2016 accounts for approval.

The central bank designated Skye as one of Nigeria’s systemically important banks due to the size of total deposits it holds after it acquired Mainstreet Bank. This means it has to increase its capital ratio to 16 percent, the industry average.

The bank said it has appointed advisers to guide it on a recapitalisation process and that it has identified various options with proposals being considered by the central bank.