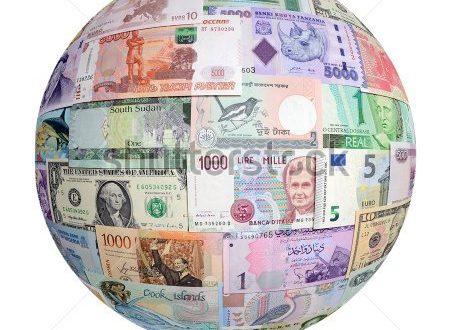 CBN clarifies Why the naira is getting stronger, denies favouritism

The Central Bank of Nigeria (CBN) said the recent appreciation of the Naira against other ccurrencies was the result of its market monitoring and intervention.

The acting Director, Corporate Communications of the CBN, Mr Isaac Okorafor on Thursday in Sokoto refuted the claim that the allegations by Mr Babatunde Gbadamosi on the illegal sales of foreign currencies at ridiculous rates was responsible for the change in forex

Babatunde Gbadamosi, a Lagos businessman and former governorship candidate, made allegations of racketeering against the CBN and favouritism in allocation of foreign exchange to cronies of the present administration

He accused the CBN of selling dollars to some people for as low as N3 to a dollar.

Later, the CBN released a statement, clarifying that the transactions in question were third party transactions like Japanese Yen to the South African Rand, or Euros to U.S Dollars.

in dollars to avoid ambiguities and misinterpretations in future.

Okorafor said also that the appreciation of the Naira was in no way connected to the allegations of Gbadamosi.

“I want to state categorically that there is no relationship whatsoever between the allegations by the so called person that dollar was being sold at 61 kobo and the current appreciation of the Naira.

“What led to the appreciation of the Naira includes the following:

“The CBN has done its intelligence work on the market and we came to the realisation that much of what was driving the demand on the BDCs and parallel market was speculation.

“We reasoned that since there is a lot of pressure on the two segments from people seeking to buy foreign currencies for BTA, tuition and medical, that if we successfully address that, the pressure will come down.

“Also, before now, the level of our reserves was not enough to make us comfortable to really do the kind of intervention that is required.

“We decided to do so now because we are a bit more comfortable with our level of reserve,” he said.

Okorafor said that since the new forex

policy, the CBN had intervened with about 591 million dollars in the market which had led to Naira gaining strength.

“That tells you that the real demand is $370 million. When we placed 230 million in the market, only $221 million was taken.

“Anybody who has run foul of the law and the security agencies have caught up with him, should go and face his or her case and stop causing confusion amongst participants in the market,” he said.