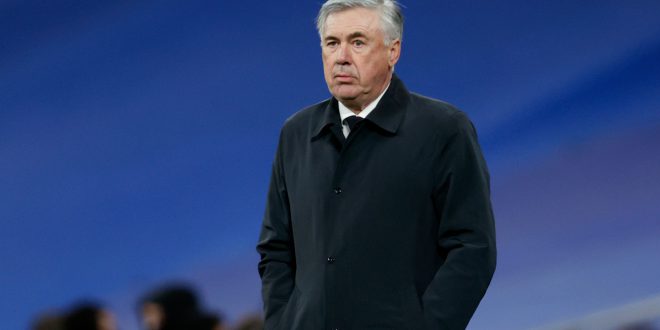 Real Madrid boss Carlo Ancelotti has confirmed that experienced midfielder Casemiro is leaving the club ahead of a transfer to Manchester United.

United have made a deal for the Madrid star their prime focus at the culmination of a summer of frustrating transfer pursuits. It has been reported that United representatives have already held discussions with Madrid chiefs in the Spanish capital as they continue to work on a deal with the transfer deadline fast approaching.

The Premier League club are desperate to secure the signing of a holding midfielder with less than two weeks remaining in the summer transfer window. Fees were agreed with Barcelona and Juventus for Frenkie de Jong and Adrien Rabiot respectively, but neither deal was finalised – but Casemiro now appears to be transferring to Old Trafford.

Ancelotti confirmed Casemiro’s impending departure in his Friday press conference: “Casemiro wants to try a new challenge, and I and the club understand that. After all, he’s done for this club, we need to respect his decision.” Casemiro trained with his Real Madrid teammates for the first 15 minutes of Friday morning’s training session, before saying his goodbye.

The Madrid boss continued: “Casemiro is leaving but we have a lot of resources to replace him. There is no turning back, Casemiro has decided to try a new challenge. We want to wish him the very best. Just yesterday I realized that Casemiro is leaving, but our plans don’t change – we’ll compete for everything with or without Casemiro.