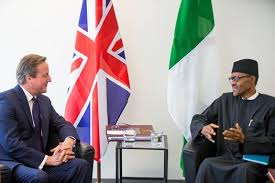 Some Nigerians on Wednesday expressed displeasure over statement credited to British Prime Minister, David Cameron, that Nigeria was a “fantastically corrupt’’ country.

Cameron was caught on camera telling Queen Elizabeth on Tuesday that leaders of some “fantastically corrupt’’ countries, including Nigeria and Afghanistan, were due to attend the anti-corruption summit holding in London

They told the News Agency of Nigeria (NAN) in Abuja that corruption was a major problem confronting the rapid development of the country and should be condemned.

Ms Helen Aliyu, a journalist, said that Cameron’s remark should serve as a wake-up call for Nigerians to shun corrupt practices.

“I don’t really know why the fuss about the remarks when we know the truth.

“I think he is being fair to us if he had said `fantastically corrupt’. I think he is trying to manage the right words; even if he said we are rottenly corrupt, it is his own opinion and as a Nigerian it is unfortunate we are corrupt.

“If anyone says your mouth is wide, he is simply saying you should close your mouth; so, it is coming at the right time and I think we should learn to stop corruption,’’ she said.

Aliyu advocated for attitudinal change among Nigerians in the fight against corruption.

“I know that the present government means well but eliminating corruption should start with attitudinal change or from our homes. Curbing corruption is not something that we should wait for the government to do alone,’’ she added.

Mr Hamzat Abubakar, a trader at Wuse Market, described the remark as “undiplomatic’’.

According to him, if a man marries an ugly woman, it is for him to pronounce her so and not for another man to tell him that the wife is ugly.

Mr Emmanuel Oyedele, an economist, said that prime minister’s remark was capable of scaring away investors from the country.

On his part, Mr Jonas Ezieke, a public affairs analyst, admitted that corruption was a major problem in the country.

According to him, everywhere you go you hear people complain of corrupt practices in government agencies and parastatals.

He, however, said that in spite of corrupt practices which had eaten deep into various sectors of the economy, “the way some people paint it looks as if Nigeria is the only corrupt country’’.

Ezieke commended the Federal Government for its efforts in tackling the vice, adding that more needed to be done in terms of transparency and accountability over recovered funds.

“The approach so far in the fight against corruption is laudable but Nigerians need more concrete results in terms of recovering the funds.

“Government needs to get more support to its side by showing that it is not being vindictive about the whole thing,’’ he said. 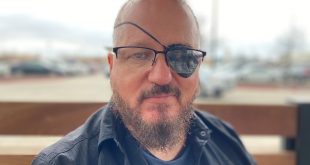