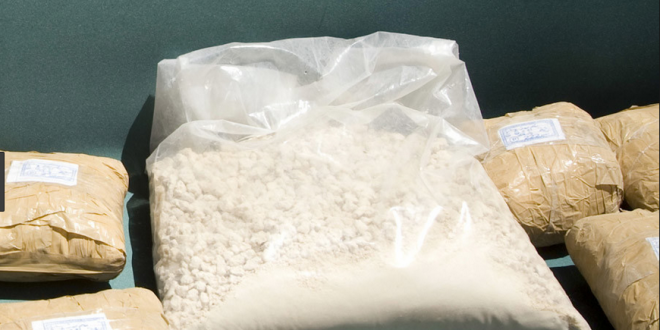 The Special Task Force (STF), Mohali, have arrested a Nigerian drug lord and his wife with 50 grams of heroin, 50-gram cocaine and Rs 40,000 drug money.
The suspects have been identified as Jude Justin and his partner Raita.

The police said during interrogation, the duo revealed that they procured narcotics from Delhi and supplied them to customers and college students in Mohali.

STF sleuths said the accused could not produce any valid visa, passport or supporting documents for their stay in India.

An STF official said the duo were ‘couriers’, who were paid for each delivery to supply drugs in Chandigarh, Mohali and Kharar

Previous PDP To Osinbajo: You Are a Beneficiary Of Corruption
Next (Video) Shocking!!! How My Friend Lured Me Into Lesbianism – 12-Yr-Old Girl