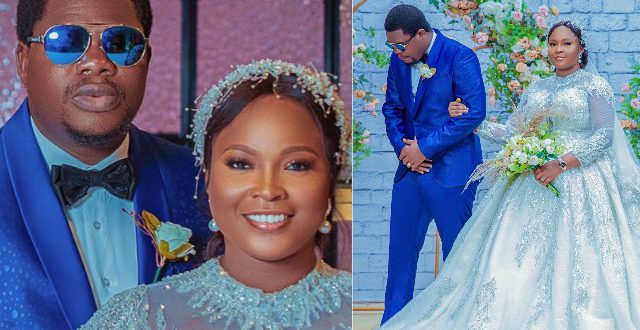 According to sources who spoke to Daily Trust in confidence, the wedding was just make-believe. However, when Daily Trust reached out to the pair, their phones were switched off.

One of the sources close to Mr Macaroni, via the telephone, stated that they used the gimmick to draw traffic to their pages, as well as that of the vendors that were tagged in the post.

“They are not married o. It was a sort of collaboration between them and some of the vendors that they tagged,” the source said.

Also, after much probing, one of the vendors also spilled the beans, saying that the supposed wedding was just make-believe. The vendor simply said, “It is a celebrity make-belief shoot. It’s not real.”

The pair who have become popular on the social media space, especially on Instagram through their skits, got tongues wagging over the weekend when they posted pictures of themselves in what seemed to be their traditional wedding photos.

Charles Igbinidu is a Public Relations practitioner in Lagos, Nigeria
@https://twitter.com/ionigeria
Previous For The First Time in History, Court-martial Convicts US Air Force General of Sex Abuse
Next Four members of the same family stabbed to death in South London