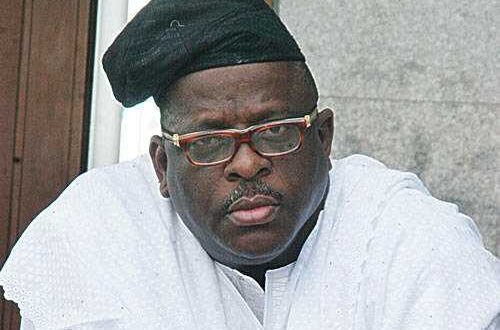 Justice Nnamdi Dimgba of the Federal High Court, Abuja, has decried the attitude of the Department of State Services (DSS) in the suit filed by Sen. Buruji Kashamu against the Inspector-General of Police and others.

When the case came up for hearing on Thursday, the DSS counsel neither sent a representative nor gave reason for his absence.

Dimgba, however, ordered that a letter be written and hearing notice be forwarded to the DSS to formally intimate it of the next hearing date fixed for March 21.

The suit was filed against the Inspector- General of Police and the Director- General of DSS by Kashamu to restrain them from extraditing him to the U.S. to face charges on drugs related offences.

Kashamu, representing Ogun East in the Senate, also joined a serving House of Representatives member, Oladipupo Adebutu in the suit.

Kashamu claimed that the summon issued to him to appear before a special investigation panel of the I-G on the strength of a petition by Adebutu, on alleged assassination attempt was a ploy to abduct and transport him to the U.S.

He also claimed that the petitioner had been boasting that he would cause his extradition to the U.S. with the assistance of the Police and DSS.

Kashamu pleaded with the court to restrain DSS and Police from inviting him to appear before any panel.

The DSS, Police and Adebutu had asked a Federal High Court in Abuja to compel Kashamu to honour invitation extended to him by the DSS and Police on alleged assassination attempt on Adebutu.

They had asked the court to disregard and reject the claim by Kashamu that the invitation of the security agents was a ploy to forcefully abduct him and extradite him to the U.S.

They said in their counter affidavits that the claim of extradition raised by the senator was speculative.