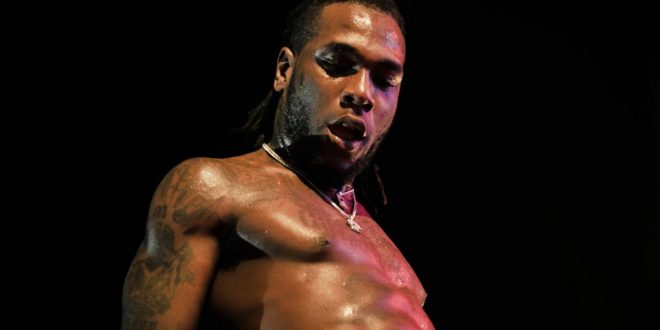 The song title is the S.I unit of measurement for distance and Burna Boy states he is well ahead of any of his peers and contemporaries.

Before the song’s release, Nigerian born UFC Champion Kamaru Usman had given fans a snippet of Burna Boy’s new hit on Instagram some days ago

The new single, “Kilometre” is a mind-blowing afrobeat single that serves as his first single since the release of his previously heard studio album “Twice As Tall“.

Produced by Chopstix, the track boasts a dub-y atmosphere counterbalanced by the quick step of the drums. The track finds Burna Boy reflecting on how far he’s come during his career and brushing aside all doubters.

Though it’s his first solo of 2021, “Kilometre,” isn’t Burna Boy’s first track of the year.

In February, he teamed up with Becky G for “Rotate,” while he also recently featured on Justin Bieber’s “Loved by You,” off the pop star’s new album, “Justice”.

Charles Igbinidu is a Public Relations practitioner in Lagos, Nigeria
@https://twitter.com/ionigeria
Previous Germany to return looted Benin Bronzes to Nigeria
Next “I am totally absorbed by football, I just love to work” says Jose Mourinho as he lands new job