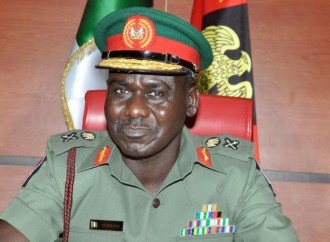 Brig. – Gen. Sani Usman, the Director Army Public Relations, said this in a statement issued in Maiduguri on Tuesday.

‘‘The Nigerian Army has noted with great concern growing allegations of misconduct against some persons on security duties at an IDPs camp in Bama, Borno.

‘‘We would like to state that Nigerian Army personnel have been doing their best in bringing peace and security in various parts of the country especially in the North East; any act of misconduct could negatively impact on these good works,’’ Usman said.

He added: ‘‘Although these allegations are unsubstantiated, the Chief of Army Staff, Lt.-Gen.Tukur Buratai, has directed that the matter be thoroughly investigated by both the Director, Military Intelligence and Provost Marshal (Army).

‘‘We would like to reiterate that the Nigerian Army has zero tolerance for any misconduct among its officers and soldiers especially those that are trusted with onerous responsibility of guarding and securing those Internally Displaced Persons’ Camps.

‘‘Anyone found culpable would be severely dealt with,’’ he warned.

The Director enjoined the public to make use of the newly established Nigerian Army Information and Call Centre to report any such issue and other security concerns to the Army authorities.

He advised the public to report such matters by calling the short code 193 using any of the telecommunication service providers network in Nigeria.

Previous How A White Man Influenced Me To Study Law – Dogara
Next $15bn Worth Of Crude Missing In Report Given By NNPC, Reps Insist