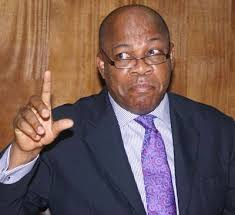 Chief Olisa Agbakoba, former president of the Nigerian Bar Association (NBA), on Tuesday, said President Buhari’s visit to the South East region after more than two years in power was very dishonourable and not aimed at addressing the alleged marginalisation of the region.

Speaking with INDEPENDENT, Agbakoba said the president having realised that election was around the corner was trying to warm his way into the hearts of Igbos so as to get cheap votes.

According to him, “I don’t think his visit will resolve the issue of marginalisation in the region.

“You ignored the South East since coming to power and now you are visiting after two and half years in office.

“The way I see it is that his visit to the South East is simply to look for cheap votes. I don’t see his visit as genuine.

“Where has he been all this while? Why didn’t he visit since he took power?

“Why now that he has started wearing suits and Igbo dresses again? I find his visit very dishonourable.

“After two and half years of ignoring the South East and marginalising the region, you suddenly wear Igbo outfit and you expect me to say ‘well done’.

“Seeing is believing, but right now, I don’t believe that his visit is genuine.”