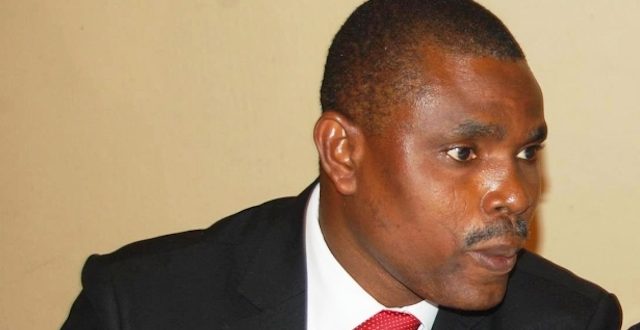 Did Buhari sack Obazee of FRCN over Adeboye?

President Muhammadu Buhari has sacked Mr. Jim Obazee, the executive secretary of the Financial Reporting Council of Nigeria and also ordered the reconstitution of the council’s  board.

Obazee’s sack was announced today in a statement by Garba Shehu, the senior special assistant to the president.

The statement announced Obazee’s replacement. He is Mr. Daniel Asapokhai, a partner and a Financial Reporting Specialist at the PricewaterHouseCoopers (PWC), Nigeria.

Mr Adedotun Sulaiman, will serve as the board chairman. He  was a former Managing Partner/Director of Arthur Anderson and later, Accenture. He is a Chartered Accountant and a product of the University of Lagos and Harvard Business School.

President Muhammadu Buhari has also instructed the Minister of Industry, Trade, and Investment to invite the nineteen ministries, departments and agencies of the Federal Government and private sector organisations specified in the FRC Act to nominate members of the board of the council.

Obazee has been in the eye of the storm since his council was linked with the controversial resignation of Pastor Enoch Adeboye as the General Overseer of the Redeemed Christian Church of God.

The council has been implementing a Governance Code introduced by the Council  that stipulates a maximum 20 year tenure for heads of churches and civil society organisations.

Adeboye was the first to announce his retirement based on the rule and this stirred confusion and controversy within his church and outside.

Reports indicated that Obazee had run into problem with some ministers in President Buhari’s cabinet who wanted him, as far back as October 2016,  to suspend the implementation of the rule.  Obazee insisted on its implementation.

Many Pentecostal church leaders are opposed to the rule.