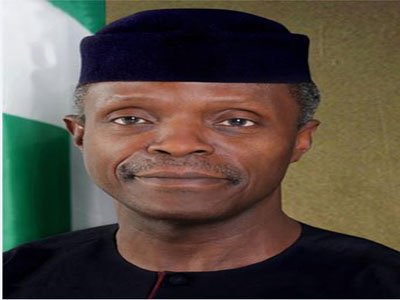 Buhari And I Are Poorly Paid – Osinbajo

The President’s and the Vice-President’s pay is low, Vice-President Yemi Osinbajo said yesterday.
According to TheNation, he also criticized the private sector for not respecting the national minimum wage law, which puts the lowest pay at N18,000.

Speaking at the end-of-year seminar of the State House Press Corps at the old Banquet Hall of the Presidential Villa in Abuja, Prof. Osinbajo said he earns about N1.5m as Vice-President; President Buhari earns about N1.75 million.

To him, the pay is not commensurate with the offices they occupy. The Vice President also expressed misgivings about the remuneration of journalists and lawyers, saying journalists’ case is unique because many media owners make big revenue but simply refuse to pay good wages.

He recalled his brief encounters working with media houses as legal adviser and how in all the months he worked he was not paid despite the irregular hours he put in.