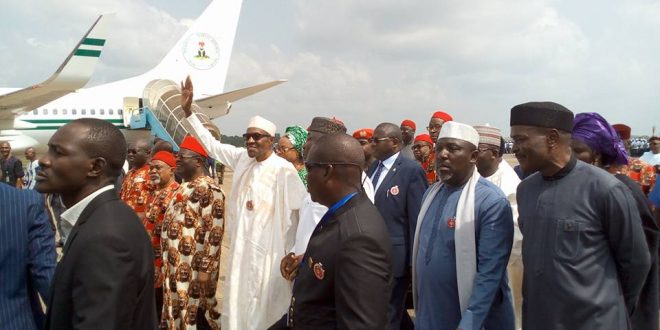 President Buhari has arrived Enugu State despite threats from the Ingenious People of Biafra (IPOB).He arrived the Akanu Ibiam airport and was received by the state governor, Ifeanyi Ugwuanyi, South East governors, Royal fathers, members of the Hausa community in Enugu and others.

IPOB in a video released this morning had told President  Buhari not to contemplate visiting Enugu describing the State as the capital of Biafra.

Photos from the scene: 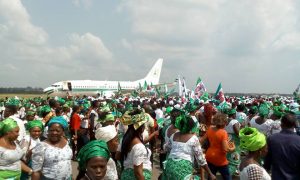