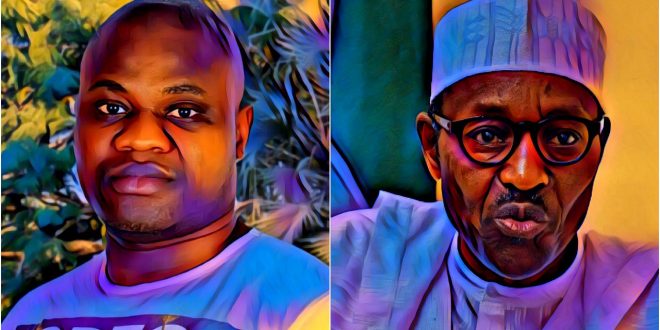 BUHARI AND APPOINTEES: THE CONSEQUENCE OF ACTIONS

Just as you and I can’t detach from our bloods because of their imperfections, President Muhammadu Buhari (PMB) has lethargically handled the insubordination and incompetence of his appointees as if their surname is Buhari. Bit by bit, this inertness to discipline is concreting public doubts in PMB’s ability to navigate Nigeria’s sinking ship to the treasure-island of ‘change’.

This piece is of dual significance. First, it fills a crucial lacuna in the Nigerian political analysis. You may have observed that media reports, articles, protest speeches and opinion statements have largely ignored the consequence of Buhari’s appointees’ action on Buhari. Ad infinitum, the appointees orates their allegiance, while most of their actions have been returning ruins to the president. What are the aftereffects? Second in significance, this piece transcends politics to mirror our lives. It is a political surgery to unstitch how our actions bring unintended detrimental consequence to our nearest and dearest, even though we genuinely love them and sincerely wished no harm.

Not discounting the need to clarify, appointees connotes anyone appointed by PMB. This includes, but not limited to the ministers, security chiefs, ambassadors and the heads of government agencies. Please endeavor to read this piece as I will be untwisting twists, connecting the-political-dots-of-truth and capping my analysis with a political philosophy on leadership and governance. Don’t miss it!

Piloting Nigeria is herculean and PMB must delegate duties. The four months post-inauguration delay to make crucial appointments infuriated Nigerians as PMB claimed he is scouting for experience, competent, non-corrupt and dedicated persons. After the long wait, some of his appointees turned out to be people of questionable character and the most vital appointments were allocated to individuals from northern extraction. Clearly, PMB’s appointees are products of political patronage, political recommendation, personal affiliation and popular commendation.

One of the appointees who fell under PMB’s grace is Ibrahim Magu, the Acting Chairman of the Economic and Financial Crimes Commission (EFCC). However, the Senate’s rejection of Magu as EFCC Chairman validates the existence of an antagonistic cabal in the presidency. Anyone exonerating the presidency and castigating the Senate on Magu is unobserving and soppy. Before heads roll in an anti-corruption focused government, liaising with the national-assembly to confirm the nomination of the EFCC chairman must be first accomplished.

Unfortunately, PMB crushed Magu by allowing him act for too long. During this period, Magu has stepped on some powerful toes in the presidency and have sown the prison garment of some senators, politicians and shady businessmen. This array of persons considered Magu’s confirmation an abomination. Pathetic, the DSS – an agency under PMB – helped the Senate nail Magu by submitting and resubmitting damning reports against him, even when PMB have cleared him of the corruption allegations. Please bear in mind that a mutinous act is weighty enough to award you an instant execution under Kim Jong-un of North-Korea.

Regardless of the DSS intents and purposes, their mutiny immensely diminished PMB’s reputation to the lowest low and further affirmed Aisha’s (wife of the president) outburst that her husband’s government has been hijacked by the principal officers and outsiders. To salvage the situation, Nigerians clamored that PMB should dig up the roots of conspiracy and insubordination by sacking those culpable or at least make some restructuring. Sullenly, the president have been out of earshot and his actions lethargic. The consequence of this is for Nigerians to label him weak, incompetent and indecisive.

Without a doubt, the supremacy battle between the Senate and the Nigerian Customs Comptroller-General, Hameed Ali, is one out of the many issues straining the executive’s relationship with the legislature, especially the Senate. The face-off began when Ali proposed a nationwide clampdown on automobiles that have evade the payment of customs duty. Ali was appointed to head Customs in 2015. Grading two years, Ali’s accomplishment is remarkable, but the retired military colonel refuse to wear the Customs uniform, been the outfit of a para-military agency. The Senate roar and insist Ali must appear before her in uniform. Vast in ability but limited in capacity, it is ultra-vires for me to decide the legality or illegality of Ali’s choice of outfit. Be that as it may, I have a testimony!

I appreciated Ali’s handling of Customs when I met a Nigerian business man abroad. The man, from Northern extraction, had a personal relationship with Ali and proved this by showing me photos they took together. To my surprise, the man complained bitterly about how the uncompromising nature of Ali is affecting his profit. The man had sought Ali’s intervention for a reduction in customs duty, but Ali turned down his request and insist that appropriate duty be paid. Based on this testimony with proof, Ali won my admiration instantly! However, the planned clampdown on automobiles made Ali lose a bit of my admiration.

Acting arrogant and that his inappropriate actions could set people against the government made Ali lose my admiration further. At a time when the president is battling with health issues and struggling to convince Nigeria that he is alive, able and capable to continue as president, what is needed is not an anti-masses policy that will frustrate the anger of the citizens. Ali failed to study national mood. Recall that GEJ and PMB removed fuel subsidy, but the nationwide reaction was different. At a time when recession is biting hard on the populace, food prices skyrocketing, Naira depreciating and businesses collapsing, one of the easiest ways to get people revolt against the government is the implementation of an obnoxious auto clampdown policy. Again, Ali, an appointee, carelessly fails to consider the consequence of his action on PMB.

Another worthy instance is when the Minister of Transport, Rotimi Amaechi, tried to halt the take-off of the Nigerian Maritime University (NMU) in Okerenkoko, Delta State. In a region where the nation generates her main income and the populace are hostile to government, Amaechi should not be igniting fire, but doing all he can to increase affection for PMB and creating a political soft-landing for APC in 2019. If not for the wisdom of the Minister of State for Petroleum, Ibe Kachukwu, who immediately declared support for the NMU project, Ameachi had unintentionally, but successfully fertilized animosity between PMB and the Niger-Delta. Hostility triggering acts does not end with Amaechi.

Under a president that relegated ethnics and others trying to secede have tagged ethnocentric, the Inspector General of Police, Ibrahim Idris, failed to negate the arrest of only Yoruba natives after the Ile-Ife clash between the Yoruba and the Hausa-Fulani. In truth, no one would have clamored if more Yoruba’s were arrested, but to exonerate the Hausa-Fulani’s and attempt to prosecute only the Yoruba’s is one of the best ways to declare PMB persona-non-grata in the Southwest. The Southeast and South-south are largely not admirers of PMB, if the Southwest also becomes hostile, what will be the fate of PMB’s political fortune or that of his anointed successor?

Palpably, many lives and properties would have been saved if the police handling of the Ile-Ife crisis is replicated in Southern Kaduna and Benue. Are the Fulani herdsmen under immunity? Why didn’t they carry out their black acts when PMB was on medical vacation abroad?

Indeed, salt spilled on injury when PMB’s men, Abba Kyari and Babachir Lawal, ignored consequence and got themselves embroiled in the MTN bribe and invasive-plant-species corruption scandals respectively. Also, Professor Sagay would not consider the implication of making uncouth statements on PMB’s relationship with the Senate. That’s not enough! Sagay would further display confidence by tongue-lashing anyone who dares to caution him, including the ruling All Progressives congress (APC). A right man with the wrong team, PMB’s main problem is his appointees.

Discipleship also worsens the situation. Rather than utilize their talents in the Gulder Ultimate Search, the Buhari fanatics have embarked on a no-reward mission trying to find justifications for why an ex-military head coddles insubordination and incompetence, especially when it erodes his reputation, support and political strength. It is sad that most Nigerians are yet to rise above ethno-religious and political sentiments. Unfortunately, most of this sentimental souls are the ones in dire need of PMB’s ‘change’. My support for PMB is indeed conditional. It is conditioned on him conditioning an equitable, developed and secured Nigeria. Let’s connect the political dots-of-truth.

If you are a devotee of Buharism – ardent supporters of anything Buhari – you are a genuine ‘change’ disciple if you not only applaud PMB’s strides, but also rise above sentiments to embrace steps that will make him perfect his imperfections. Deceive yourself no further! If you are not part of PMB’s immediate family, all you can benefit from is a better Nigeria.

To those who never wants to hear “Bu” not to talk of “Hari”, whether you like it or not, so long as you are a Nigerian, Buhari is your president, at least till 2019. Therefore, if your paramount interest is a better Nigeria, you need sheathe your sword and support anything that will ensure PMB succeeds in fixing Nigeria.

To the opposition parties, adopting calumny tactics to destabilize government is also to your disadvantage. You surely wish to take over something meaningful. You want to consolidate something, not nothing!

To PMB, this is a wake-up call to perfect his imperfections and be cautious of his place in history. Does history matter at all? Why must PMB not allow the insubordination, incompetence and shenanigans of his appointees ruin his administration? Let’s explore this simple interpretation of an ancient political philosophy on leadership and governance (read slowly to grasp).

Omoshola Deji is a political and public affairs analyst. He wrote in via moshdeji@yahoo.com