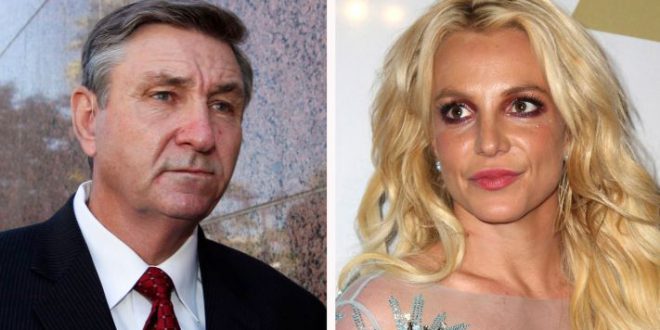 Britney Spears’ father Jamie agrees to step down as her conservator

Britney Spears is celebrating after her father agreed to step down as conservator of her estate.

The singer had battled for years to have Jamie Spears removed calling his control of her affairs “abusive”.

According to new legal documents filed today, her dad wants to work with the court on an orderly transition to somebody new.

In the paper, Mr Spears’ lawyer writes: “There are, in fact, no actual grounds for suspending or removing Mr Spears as the Conservator of the Estate and it is highly debatable whether a change in conservator at this time would be in Ms Spears’ best interests.”

“Nevertheless, even as Mr Spears is the unremitting target of unjustified attacks, he does not believe that a public battle with his daughter over his continuing service as her conservator would be in her best interests.

“So, even though he must contest this unjustified Petition for his removal, Mr Spears intends to work with the Court and his daughter’s new attorney to prepare for an orderly transition to a new conservator.”

Mr. Spears also takes a swipe at his ex-wife, Lynne Spears, who is Britney’s mum.

According to US website TMZ, he says she has had, little if any, involvement in the conservatorship, let alone their daughter’s life for the last 13 years.

Mr. Spears says her credibility is undermined because Britney herself refused to even see Lynne when she was at a mental health facility in 2019.

In recent weeks, the Toxic singer has appeared before a Los Angeles court as she battles to take control of her life.

Britney, 39, has been under a legal conservatorship since 2008.

The court-ordered arrangement, typically reserved for the very ill, old or infirm, came after a lengthy public breakdown that led to multiple hospitalisations.

In June Britney revealed how it controlled every aspect of her life, including her birth control, medication, who she could marry and even what colour her kitchen cabinet could be.

Mr. Spears, 68, had filed a petition to investigate the claims his daughter raised.

In his filing, he and his team requested the court to “investigate the veracity of the allegations and claims made by Ms Spears,” which he has vehemently denied.

He stated he only has his daughter’s best interests at heart.

Britney has claimed her conservatorship is “abusive”, comparing her treatment to those who have been sex-trafficked.

“The only similar thing to this is called sex trafficking … The people who did this to me should not be able to walk away so easily … I’m not here to be anyone’s slave,” she said.

She told the judge she is constantly told “no” by those who enforce it and that she feels “ganged up on” and “bullied”.

“I feel left out and alone. And I’m tired of feeling alone,” she added.

“This conservatorship is doing me way more harm than good,” she said.

She questioned why was that she can perform at the highest level in pop yet not make fundamental decisions about her life “I’m great at what I do,” she said. “I shouldn’t be in a conservatorship if I can work. The laws need to change. I don’t feel like I can live a full life.”

The people who control her life, she said, “need to be reminded they actually work for me”.

The singer told the court how her management once threatened to sue her three years ago if she didn’t perform.

Charles Igbinidu is a Public Relations practitioner in Lagos, Nigeria
@https://twitter.com/ionigeria
Previous Wagner: Gaddafi’s son faces arrest over Russian mercenaries
Next Only a northerner can win Presidency for PDP in 2023 says Dokpesi 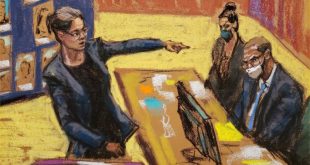 The testimony that convicted R. Kelly