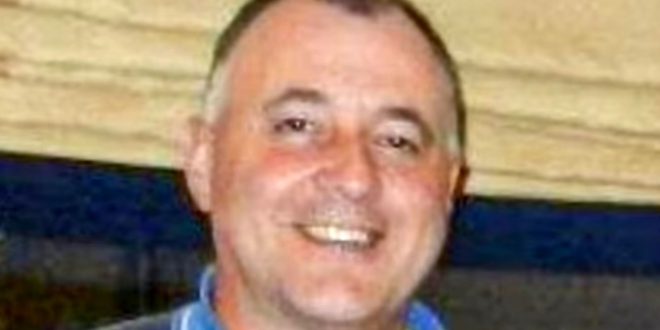 David Smith was flown back to the UK on Wednesday

A security guard at the British embassy in Berlin suspected of spying for Russia has been extradited from Germany and will appear in a UK court on Thursday, police have said.

According to Sky News, David Smith, 57, was arrested by German police on 10 August last year and is accused of collecting information from the British embassy in Berlin intending to pass it to a foreign state.

One of the nine charges relates to allegations he passed information to a person he believed was a representative of the Russian state, the Crown Prosecution Service (CPS) said.

He was flown from Germany today and is due to appear at Westminster Magistrates’ Court on Thursday, the Metropolitan Police said.

The alleged offences were committed between October 2020 and August 2021.

Smith was extradited back to the UK from Berlin on Wednesday following his arrest by German police last August.

Nick Price, head of Special Crime and Counter Terrorism Division at the CPS, said: “David Smith has been charged with nine offences contrary to the Official Secrets Act.

“After reviewing the case and authorising charges, we obtained an extradition warrant and worked closely with our German counterparts in order to bring Mr Smith back to the UK.”

Smith was understood to have been monitored by MI5 and was detained in Potsdam over allegations that he had been working “for a foreign secret service”, the German public prosecutor said at the time.

His arrest was the result of a joint investigation by German and British authorities and investigators searched his home and office, the prosecutor’s statement said.

Charles Igbinidu is a Public Relations practitioner in Lagos, Nigeria
@https://twitter.com/ionigeria
Previous Vladimir Putin’s ‘secret’ daughters sanctioned by the US after Russia is accused of war crimes in Ukraine
Next Chelsea Vs Madrid: Brutal Benzema, Two headers in three minutes… and then a hat-trick