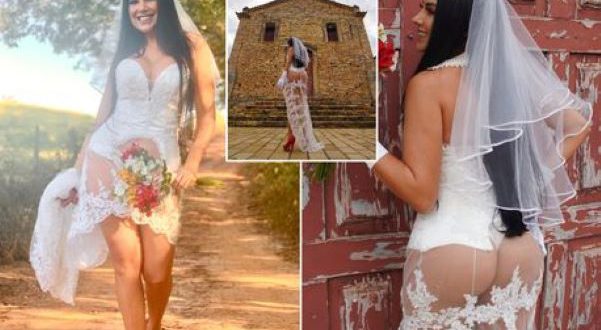 A bride decided to expose her booty on her wedding day by rocking a racy bum-baring dress. Model MC Rielle said she saw “no problem” with having her bare butt on show for the ceremony

YOUR wedding day is your day to shine, there’s no question about that.

But one bride took things to a whole new level with her VERY racy dress design – which left her entire bum on full display.

Rielle, a model who has 500,000 followers on Instagram, donned the bum-baring frock for her ceremony as she posed outside a church on her big day.

The model saw “no problem” with her revealing number, Daily Star reported, and she wanted to escape a traditional style and go for one that was “unprecedented” instead.

“The way we dress should not be repressed, everything is thought of with respect to myself and others,” she reportedly said online, defending her outfit.

Alongside the snaps, she added: “If the loved one approved, then it is his.” 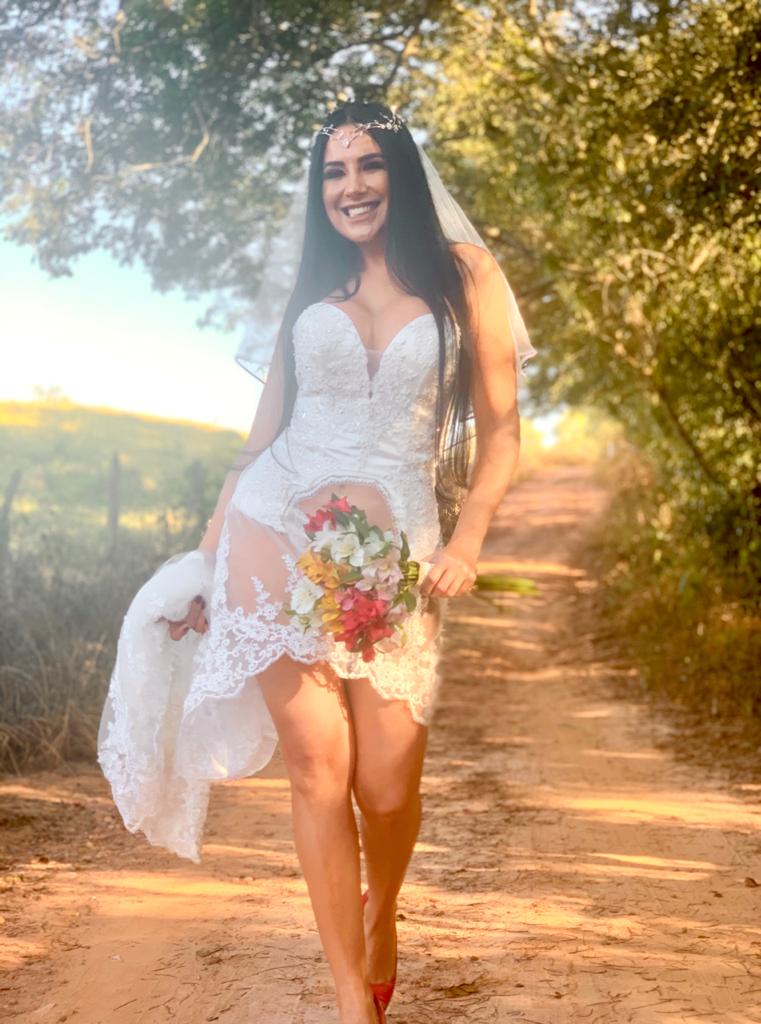 The dress also had a plunging neckline and a cut out around her belly buttonCredit: CO Press Office

The confident bride said that “the big day must be a milestone” so she wanted to make a statement with her dress.

She shared a series of snaps from her nuptials which had her posing up a storm in her revealing frock.

Naturally, her backside was front and centre as she stood with her back to the camera in a few shots, emphasising her bare posterior.

The rest of the dress was made up with a sheer, flower-embroidered skirt, which was completely see-through, and it had a very busty strapless bodice.

Not only was the bride’s bum on display, but so was her cleavage thanks to a plunging neckline.

The bride was also sporting a long veil and bedazzled tiara and accessorised with white gloves and chunky red high heels. 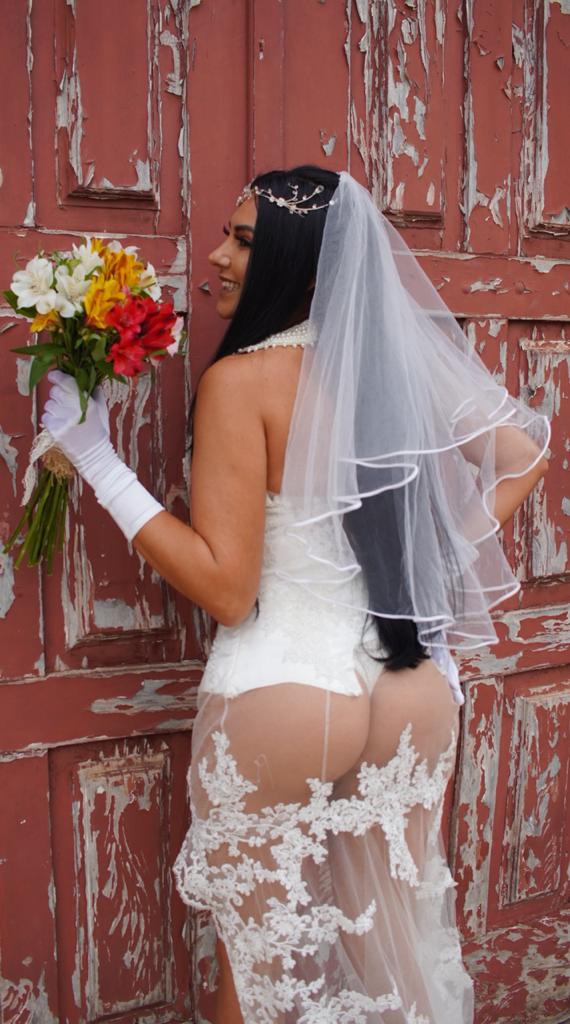 There was even a cut out on her stomach which exposed her belly button, leaving more of her body exposed.

The model is said to wow fans with sexy snaps online often, so her choice of wedding gown didn’t come as a surprise to some.

Some appeared shocked and commented on the dress design, but the model said that the “sexiest” brides supported her look and that she saw no issue with it.

Charles Igbinidu is a Public Relations practitioner in Lagos, Nigeria
@https://twitter.com/ionigeria
Previous Sir Alex Ferguson: ‘Did I think we could still beat Bayern in 1999? No chance!’
Next Tears as Pastor Dare Adeboye is laid to rest