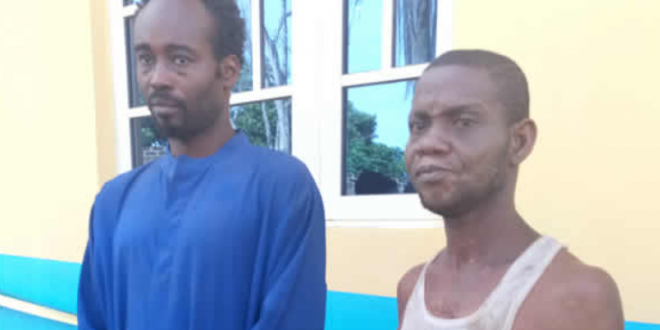 A 42-year-old bricklayer, Olusola Akindele, has been arrested by the men of the Ogun State Police Command for allegedly killing his lover, simply identified as Iya Anu, for ritual purposes.

The suspect allegedly invited the deceased to his rented apartment at Itoki, Agbado, in Ifo Local Government Area of the state, where he allegedly killed her after he had had sex with her.

Akindele, who also claims to be a prophet, was said to have, thereafter, used a pestle-like wood to smash Iya Anu’s head.

The prophet was said to have later cut off her head and hands, while he also allegedly removed her intestines which he allegedly took to a pastor, one Ayodele Bamiduro, the founder of Lion of Judah Church of Christ on Robiyan Street, Abule Ijoko in Ogun State.

Bamiduro has been arrested by the Police.

The two suspects were later driven to Bamiduro’s church, where the victim’s head, hands and the intestines were buried in a far corner of the compound.

Akindele reportedly dumped Iya Anu’s decapitated body in an uncompleted building next to the bungalow where he lived.

The decomposing body has since been recovered by the Police and the men of Vigilante Group of Nigeria in the area.

The state Commissioner of Police, Ahmed Iliyasu, described the act as a conspiracy, murder and ritual.

He said it was on August 10, 2018 that the Baale of Igbore Robiyan reported the discovery of a decomposing headless body in an uncompleted building within the community to Agbado Divisional Police headquarters.

He said Akindele confessed that the deceased was his lover and that they had dated for two years before he killed her.

Akindele however told journalists that he did not know why he killed his lover.

Bamiduro, on his own part, said though he knew Akindele, he did not contract him to kill anyone. Akindele corroborated the claim.

Also arrested alongside the suspects was Mr. Akinola Oyedele, the landlord who rented his apartment to Akindele.

Iliyasu said the suspects will be arraigned in court after due investigation. 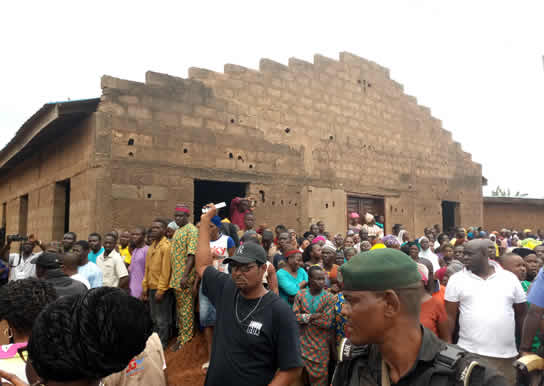