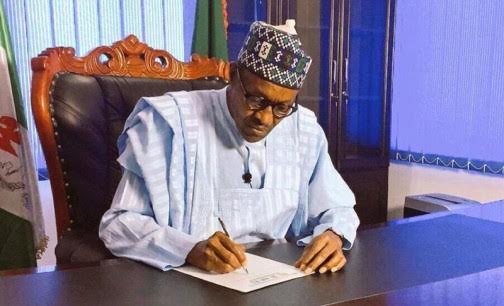 He signed the document a few minutes after midday on Wednesday in his office at the Presidential Villa, Abuja.

On his Twitter handle, the president said, “a few minutes past noon today, I signed the 2018 Appropriation Bill into Law.”

The President, however, raised concerns over some of the changes made by the National Assembly in the budget.

Buhari regretted that the federal lawmakers made reductions amounting to N347bn in the allocations to 4,700 projects submitted to them for consideration and introduced 6,403 projects of their own amounting to N578bn.

Buhari wrote, “I am however concerned about some of the changes @nassnigeria has made to the budget proposals I presented.

“The logic behind the constitutional direction that budgets should be proposed by the Executive is that, it is the Executive that knows & defines its policies & projects.

“Unfortunately, that has not been given much regard in what has been sent to me. The National Assembly made cuts amounting to N347 billion in the allocations to 4,700 projects submitted to them for consideration and introduced 6,403 projects of their own amounting to N578 billion.

“As it is, some of these projects relate to matters that are the responsibility of the States and Local Governments, and for which the Federal Government should therefore not be unduly burdened.”

Previous Shocking: Family Stunned As Man Walks Into Own Burial
Next Sad: Suspected Side-Chick Murdered By Wife Of Sugar Daddy In Anambra 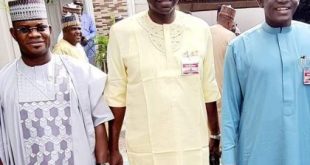