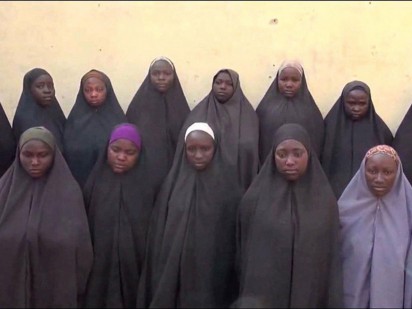 There are reports that twenty one out of the over 200 Chibok schoolgirls kidnapped by Islamist Boko Haram insurgents in April 2014 have been released to the Nigerian government.

According to SaharaReporters,  ”the girls were picked up by military helicopter from Banki area of Borno state where Boko Haram militants dropped them off earlier today.

The release of the 21 girls comes as President Buhari began a three-day trip to Germany to discuss assistance for the rebuilding of the northeastern part of Nigeria ravaged by Boko Haram.

The girls, who have not been named, are said to be  in Maiduguri.