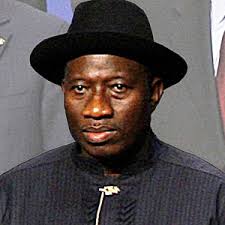 The Wednesday hearing in the trial of a former National Publicity Secretary of the Peoples Democratic Party, Olisa Metuh, has resumed before the Federal High Court in Abuja, but former President Goodluck Jonathan and the detained ex-National Security Adviser, Sambo Dasuki, ordered by the court to appear, are absent.

Jonathan’s absence from court could be because of inability of the court bailiff to serve him with the court’s subpoena on Tuesday, it was learnt.

But the Department of State Service in whose custody Dasuki is detained has yet to produce the ex-NSA in court.
The trial judge, Justice Okon Abang had announced in court on Tuesday that he had, on Monday, issued a subpoena to be served on Jonathan.

But a court registrar told the judge during the Tuesday’s proceedings that the court bailiff had yet to serve the former President with the subpoena.

Also on Tuesday, the judge heard an application filed by Dasuki praying for an order setting setting aside the subpoena issued on him.

But the judge, who fixed Wednesday (today) for his ruling on Dasuki’s motion, had ordered that both the ex-NSA must appear in court today.

The two men were summoned by the court upon an application by Metuh requesting that they be ordered to testify in his defence with respect to the sum of N400m which he was said to have received fraudulently from the Office of the NSA in 2014.

The court is now delivering ruling on Dasuki’s motion.

Previous Army Apologises To Family Of Okada Rider Beaten To Death By Soldier In Lagos
Next Prisoners Will Vote In 2019 Says INEC Boss, Prof. Mahmood Yakubu