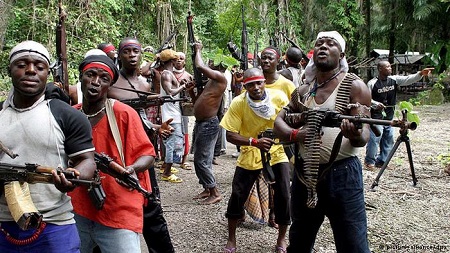 A group of gunmen stormed Mgbosimiri, Agip axis of Port Harcourt in the wee hours of Monday and killed 10 persons.

The incident, which happened at about 4am, caused panic in the community as nobody could state the reason for the attack.

It was gathered that a couple died of gunshot injuries during the raid.

Though the State Police Public Relations Officers, Mr. Nnamdi Omoni, confirmed the incident, he told our correspondent that details about the killings were still sketchy.