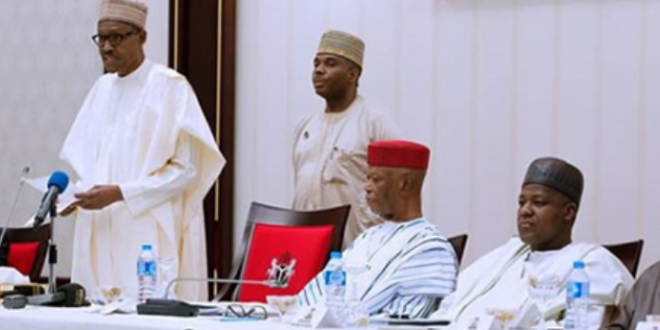 A combined team of police and military personnel have taken over security at the National Secretariat of the All Progressives Congress in preparation for the National Executive Committee meeting of the party.

As early as 6:00 am on Tuesday, truckloads of armed soldiers and policemen set up security checkpoints at the entrance and exit of Blantyre Street where the APC Secretariat is situated.

President Muhammadu Buhari, Vice President Yemi Osinbajo and the 24 governors on the APC platform are expected to attend the meeting which is scheduled to begin at 11:00 am.

The governor of Kogi State, Yahaya Bello, his Katsina and Kano state counterparts, Bello Masari and Umar Ganduje respectively are among early arrivals at the party secretariat