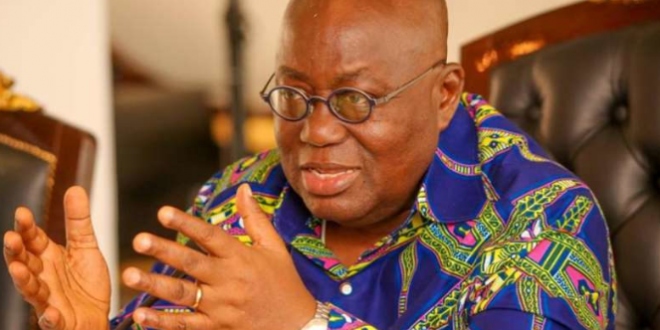 Nigerians doing business in Ghana have been asked to quit their shops by Thursday, November 14, 2019, or be forcibly evicted in apparent retaliation against the Federal Government’s closure of the borders.

The ultimatum was issued by the Ghana Union of Traders’ Associations (GUTA) and the Ghana Electrical Dealers Association (GEDA).

One of the notices sighted at strategic locations in markets across Ghana, especially in Kumasi, reads in capital letters: “Attention! Attention! Attention! According to the Ghana Investment Promotion Centre (GIPC) Law Act 865 Section 27A, you are not to be in our market. We are by this notice informing you to leave our market by 14th November 2019. By GUTA.”

A Nigerian trader in Ghana was reported by The Guardian as saying: “They have closed some of the shops and threatened to close the shops belonging to Nigerians before November 14. They are angry because of Nigeria’s border closure, which has affected their businesses.

“The threat and notice for Nigerians to quit their market premises have been on for about 15 years now. There is an ongoing government campaign to send Nigerians back to their country. Since the present government in Ghana got into power, Nigerians are being deported for lack of work permits, prostitution, fraud, and other excuses.

“They have increased the cost of getting a work permit and taxation of Nigerian businesses in order to frustrate them. Even when you pay for all these, it might take, at least, three months to get back your international passport.”

According to a recent report by the BBC, “More than 100 foreign-owned shops are getting shut down by Ghanaian traders in the country’s second-largest city, Kumasi. Most of the shops are run by Nigerians. The traders shutting down the shops say they’re being run illegally but the shop owners deny this.”

Representatives of the Accra and Abuja governments reportedly met on Monday, November 4, 2019, to discuss the possibilities of opening Nigeria’s border to Ghanaian traders.

The border was closed in August 2019 to prevent the smuggling of products from neighbouring West African countries. Many trucks have since been stranded at the Seme border. Over the weekend, the Nigerian government announced that the restriction would remain till January 31, 2020.