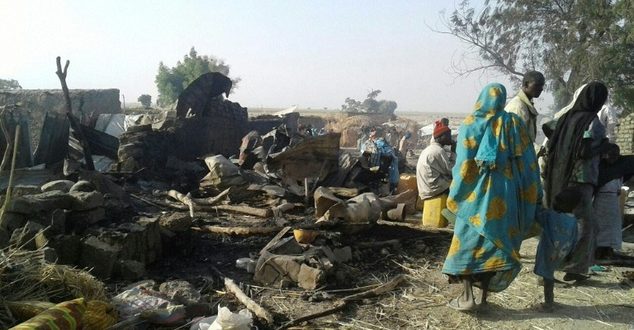 Survivors look at the aftermath of the bombing by the Nigerian air force of a camp for displaced people in Rann, northeast Nigeria, on January 17, 2017

Bombing of Rann IDP Camp By The Nigerian Airforce Is Shocking, Unacceptable – PDP

We are shocked and totally dismayed at the news of the accidental bombing of Rann Internally Displaced Persons (IDP) Camp in Kala-Balge Local Government Area of Borno State by the Military leading to the death of over 52 and more than 120 injured persons in the Camp . This is totally unacceptable and we demand a thorough and independent investigation into the matter to unravel the mystery behind the Accident.