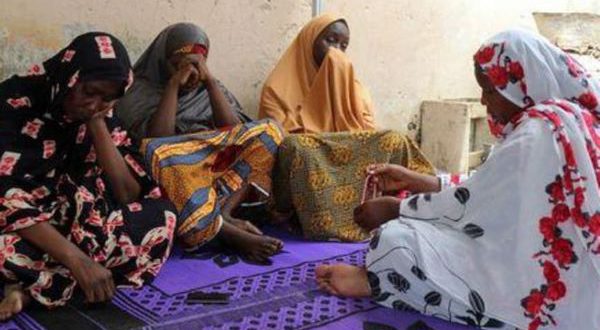 FILE PHOTO: Women mourn the death of one of the aid workers who were executed by Islamist militants, in the northeast Nigerian city of Maiduguri, Nigeria July 23, 2020. REUTERS/Kolawole Adewale reuters_tickers

A new United Nations report estimates that the 12-year conflict in northeast Nigeria has contributed to the deaths of nearly 350,000 people – more than 90% of whom are children.

The toll, given by the U.N. agency in a new study on the war and its impact on livelihoods, is 10 times higher than previous estimates of about 35,000 based only on those killed in fighting in Nigeria since the conflict’s start 12 years ago.

The UN Development Programme says that for every person killed directly in the fighting, at least nine other lives are lost because of the impact of the war.

“The full human cost of the war is much greater,” the UNDP said in a report, released with Nigeria’s Ministry of Finance.

“Already, many more have died from the indirect effects of the conflict,” said the UNDP, citing damage to agriculture, water, trade, food and healthcare.

Nigeria’s war with Islamist insurgencies Boko Haram and Islamic State’s West Africa Province has spawned one of the world’s worst humanitarian crises, with millions of people dependent on aid. The conflict shows little sign of ending.

Children younger than five account for more than nine out of 10 of those killed, with 170 dying every day, the UNDP said.

If the conflict continues to 2030, more than 1.1 million people may die, the agency said.

“Destruction and displacement have set back development in the region by decades, and continued conflict will only further scar the region,” the UNDP said.

Since the Islamist group Boko Haram launched its first attacks in 2009, close to two million people have fled their homes in the three states of northeast Nigeria.

Agricultural production has been hit hard, leading to disease and hunger.

Facilities including health centres and schools have been destroyed or become inaccessible.

Charles Igbinidu is a Public Relations practitioner in Lagos, Nigeria
@https://twitter.com/ionigeria
Previous I killed him over disagreement, says suspected murderer of SuperTV boss
Next New type of ancient human discovered in Israel