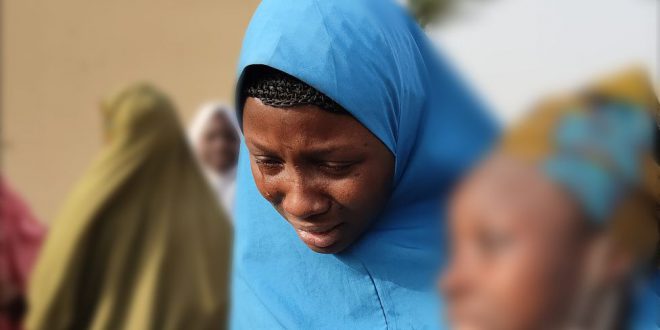 Hundreds of students have been kidnapped from their schools this year

The insurgent group stormed Kautikari village near Chibok town at exactly 4:pm, shooting sporadically and burning down several houses, according to security sources.

According to one of the sources, the attackers came with five utility vehicles, mounted with anti-aircraft guns and moved without any resistance.

He said they spent about two hours moving from house to house in the village.

The source said,” They came on five vehicles to attack Kautikari village and started shooting at all angles, three persons lost their lives and many houses were burnt down including a church and school.”

Many of the villagers allegedly fled to Chibok town for safety|.
Share