Home / News / Local News / Boko Haram: ‘Nobody is safe. The matter is getting worse’, says Shehu of Borno 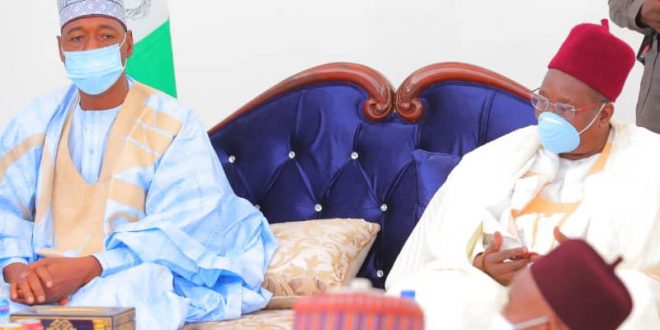 Boko Haram: ‘Nobody is safe. The matter is getting worse’, says Shehu of Borno

The Shehu of Borno, Alhaji Garbai Elkanemi, has decried the level of insecurity in his state, saying the people of Borno State now live in fear. He said the state was no longer safe for anyone, including the governor, Babagana Zulum, who is constitutionally the chief security officer. The paramount ruler spoke when he paid the traditional sallah homage to Zulum at Government House, Maiduguri, the state capital.

Elkanemi’s comments followed last week’s attack on the governor’s convoy between Baga and Munguno, and another attack in Maiduguri, on the eve of the Eid-el-Kabir festival, where six persons were officially declared killed and 27 others were injured.

Zulum had last week attributed the attack on his convoy to sabotage by the military. He was attacked while on a visit to Baga to distribute palliatives to internally displaced persons. The governor, who left Maiduguri on Monday afternoon and had already visited some parts of the state, was forced to spend a night in Monguno before returning to the state capital following the attack.

Speaking on the incident, the Shehu of Borno called for urgent intervention to secure the lives and property of the people. He told the governor, “Your Excellency, we are not happy about what happened in Baga the other time. It is very unfortunate and a great pity. If the convoy of the chief security officer of the state will be attacked, then, wallahi nobody is safe, because he is the number one citizen of the state; he is the chief security officer of the state.

“If a convoy of such highly placed person in the state will be attacked, I repeat, nobody is safe. The matter is getting worse. I urge everyone of us to raise up our hands to seek Allah’s intervention.”

The royal father, who also spoke on the COVID-19 pandemic, urged residents of the state to continue to adhere to all preventive protocols advised by health experts.

He lamented the rate at which trees were being felled in the state, urging the state government to take urgent steps to halt the act to avoid a serious environmental problem. He also called for the reintroduction of tree planting, which was a regular practice in the past.

Responding, Zulum thanked the Shehu for the visit and assured him of government’s readiness to address the issues raised. 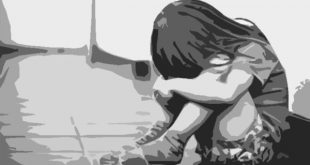 Spread the loveA 23-year old man, Iniobong Okon Moses is to spend the rest of …