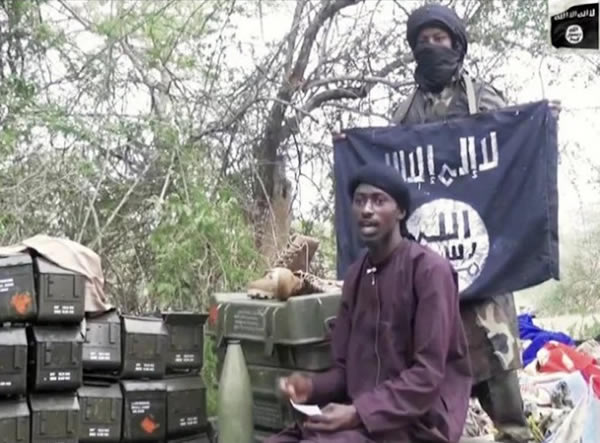 Boko Haram Islamists have killed 10 people and abducted 13 others in a raid on a village near the northeast Nigerian town of Chibok where the militants kidnapped over 200 schoolgirls in 2014, locals told AFP Sunday.

Armed jihadists on motorcycles invaded Kubrrivu at dawn on Saturday, firing on the residents as they were sleeping and looting and burning homes before fleeing into the bush with 13 women and children seized from the village.

“The Boko Haram attackers rode on four motorcycles, three on each, and opened fire on the village as residents slept,” said Luka Damina, a resident of nearby Kautikeri village where Kubrrivu residents fled to safety following the attack.

“They burnt down the whole village after looting food supplies and livestock and taking away women and children,” Damina said. Ayuba Alamson, a community elder in Chibok, some 20 kilometres (12 miles) away, confirmed the attack, saying 13 people were abducted in the raid.

“After killing 10 people and burning the entire village, the gunmen made away with 13 people, including seven women, five boys and a girl,” Alamson said.

In 2014 Kubrrivu was burnt down in a deadly Boko Haram raid which forced residents to flee.

A year later they returned and rebuilt their homes after Nigerian troops recaptured swathes of territory from the Islamists in a series of military successes against them. Boko Haram, which seeks to impose strict Islamic law in northern Nigeria, has been blamed for some 20,000 deaths and displacing more than 2.6 million people since 2009.

The audacious mass kidnapping of 276 schoolgirls from Chibok in April 2014 provoked global outrage and brought unprecedented attention to Boko Haram’s brutal tactics. A total of 218 girls are still missing.