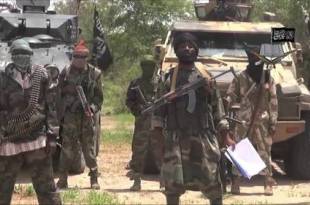 Bauchi State Government has disclosed that Boko Haram insurgents have infiltrated four local government areas of the state resulting in the vandalisation of a telecommunication mast in Gamawa.

Addressing newsmen at the Government House Bauchi on Monday shortly after a security meeting attended by the Governor and head of security agencies, the Secretary to the State Government Alhaji Sabiu Baba said five people have been arrested in connection with the mast vandalisation.

He identified the affected councils as Gamawa, Zaki, Dambam, and Darazo.

But he assured the state government was working round the clock to beef up security surveillance around neighboring communities.

The SSG also said Governor Bala Mohammed has provided the needed support to security agencies to intensify patrol and surveillance, particularly at the vulnerable communities which share a border with Yobe.

Charles Igbinidu is a Public Relations practitioner in Lagos, Nigeria
@https://twitter.com/ionigeria
Previous I took three security experts to Buhari, Mbaka admits
Next Ford Motor to scale back production at two Germany plants due to chip shortages.