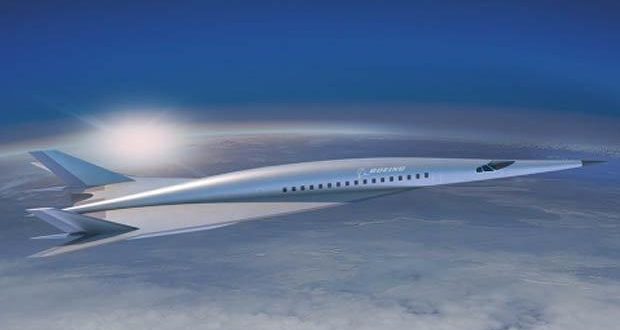 The new unnamed aircraft could cross the Atlantic in two hours, or the Pacific in three

This was revealed by aerospace giant Boeing, which has just disclosed that it’s working on a jet capable of flying 2.5 times faster than Concorde. The new hypersonic plane will reach a speed of up to Mach 5 (4,000mph) whilst cruising at 95,000ft – a massive 30,000ft higher than Concorde.

Boeing said its plane would allow passengers to take day trips across the Atlantic. A drawing of the concept vehicle was revealed at the American Institute of Aeronautics and Astronautics Aviation 2018 conference in Atlanta.

‘When you look at the problem of getting from Point A to Point B anywhere in the world, the question is how fast do you want to go and how fast is fast enough?’ Boeing chief scientist for hypersonics Kevin Bowcutt said, according to Aviation Week.

‘Supersonic isn’t really fast enough to go overseas and back in one day. For the business traveler or the military, where time is really important, that’s an interesting point. ‘Mach 5 is where you can do that. You can get across the Atlantic in about two hours and across the Pacific in about three hours.’

He also said the aircraft, if sanctioned, could be flying in military operations within ten years, but commercial planes take longer due to “market, regulatory and environmental requirements, so it will happen when there is a convergence of those things”, he said.

Concorde was built as a joint venture by Britain and France. It is one of only two supersonic passenger jets to enter commercial service, the other being a Russian plane called the Tupolev Tu-144. Hypersonic planes are much faster than supersonic jets, travelling at speeds of Mach 5 (five times the speed of sound). Concorde could reach a top speed of 1,354 mph, which is more than twice the speed of sound.