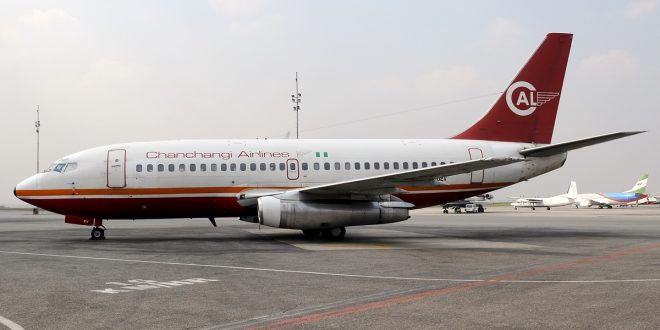 After years of scrutiny over Boeing’s 737 MAX and 787 Dreamliner jets, the war in Ukraine is proving to be another punch in the gut for the American planemaker.

On Tuesday, Boeing adjusted its order and deliveries data to remove 141 of its aircraft from its official backlog, two-thirds of which were due to geopolitical events in Ukraine, Boeing told Insider. The planes include 130 of its best-selling 737 MAX, eight 777s, and three 787 Dreamliners.

According to Boeing, the company’s decision is due to US accounting rules that require any doubtful sales to be removed from the firm order book if there is uncertainty or risk in the financial circumstances of the buyer.

In this case, international sanctions against Russia have forced the planemaker to place those airplanes in limbo because the likelihood of those aircraft being delivered is low, Boeing explained to Insider.

However, the company said underlying contracts remain and once the risks alleviate, the jets may be returned to the backlog.

It is not uncommon for Boeing to move its planes in an out of backlog, the manufacturer explained, saying it returned 76 planes to the backlog in January and February. That adjustment could be done for several reasons, like airlines bouncing back after the pandemic.

Although not subject to the same accounting rules as Boeing, European rival Airbus has also canceled aircraft deliveries over the crisis in Ukraine. According to Reuters, two A350 jets are sitting in France because sanctions prevent the physical handover to buyer Aeroflot. The planes were officially considered delivered in December though they had not yet been flown to Russia.

In fact, the French manufacturer has made the rare decision to reverse the official deliveries to Russia and put them back on sale. However, the company still maintains firm orders for 13 A350s by Aeroflot and 14 A220s by Russian lessor Ilyushin Finance Co, but imposed sanctions will prevent those deliveries, according to the Seattle Times.

The backlog adjustment is another setback for Boeing, which has only delivered 14 of its popular Dreamliner jet since fall 2020 due to fuselage defects. Specifically, small gaps in the structural joints of the plane must be fixed before the plane is considered airworthy, according to the Federal Aviation Administration.

As a result, deliveries were halted by the agency in May 2021 until the planemaker finds a “systemic fix,” which it has yet to do, according to Reuters. Moreover, the FAA will not allow Boeing to self-certify any newly produced 787s and will retain airworthiness authority until is it confident that the planemaker’s “quality control and manufacturing processes consistently produce 787s that meet FAA design standards.”

Despite the challenges, not all is bleak for Boeing. In March, the manufacturer delivered 41 planes, including 34 of its 737 MAX cash-cow. Moreover, Boeing has recorded 53 gross orders in March, including 47 MAXs and six 777 freighters, though cancelations leave the company with 38 net orders, the company told Insider.

However, deliveries still lag behind Airbus. In total, the French planemaker has handed over 142 jets in the first quarter of 2022, while Boeing has delivered 95. Meanwhile, Airbus has booked 104 gross orders for March, though cancelations left the company with 28 net orders — 10 less than Boeing, the Seattle Times reported.