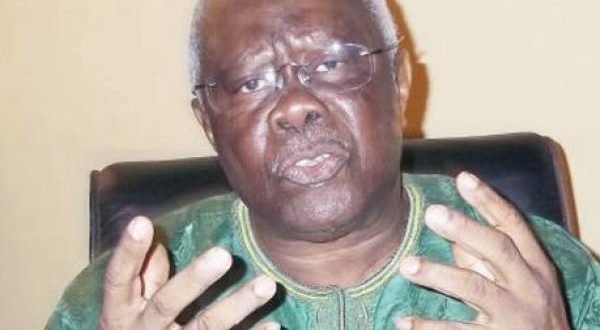 Chief Olabode George has denied the rumour making the rounds that he has resigned from the Board of Trustees of the Peoples Democratic Party.

George, who is one of those aspiring to lead the party at its national convention slated for December 9 in Abuja, told our correspondent in Abuja on Friday that there was no truth in the rumour.

“I remain a life member of the Board of Trustees of the Peoples Democratic Party and I have not resigned and I have no intention to resign,” he said.

George also described those behind the rumour as “suffering from chronic hopelessness,” adding that being a member of the Board  would not have any effect on his desire to be the next national chairman of the party.

Previous I don’t collect offering in my crusades – Reinhard Bonnke
Next Algeria vs Nigeria: What Super Eagles must avoid – Jo Bonfrere